The lowest priced condo unit starts from only $588,000 (based on launch price)! With more than 60 new condo launches expected to be released for sale in 2019, property buyers will likely be overwhelmed by the number of new homes flooding the market.

Buying a property has always been about location, location, and location. More often or not, it will be the determining factor for its selling price.

However, there will always be a group of buyers who are out there looking for the best deals or the cheapest condo in Singapore.

Price has always been the number one concern for this group of buyers and they usually want that private residential lifestyle yet not wanting to overstretch their budget.

In this article, we will cover only new launch projects and based their average psf price for the last 6 months, here are the top 10 cheapest condos in Singapore in 2019 (to date).

Launched back in September 2018, The Jovell condo by Hong Leong Holdings has proven to be one of the most popular condominium projects in Singapore due to its extremely low quantum and psf price.

Moving into 2019, it’s almost certain that no other new launch condos released this year are able to match its price.

This 428-unit condo at Flora Drive is one of the most conventional, comprehensive and typical private residential developments which you can find in Singapore these days. If the condo lifestyle is all you want, The Jovell certainly ticks that box.

Looking at the map, The Jovell is located at the extreme end of the Eastern region and may seem a little remote to most buyers. But for frequent travelers/flyers, its close proximity to Changi Airport would be a major plus point.

Just judging from the price alone, The Jovell has to be ranked number 1 on our list.

Being located within Hougang, a well-established and mature housing estate in Singapore, Riverfront Residences by Oxley Holdings has certainly drawn plenty of attention since it was first launched back in early July 2018. 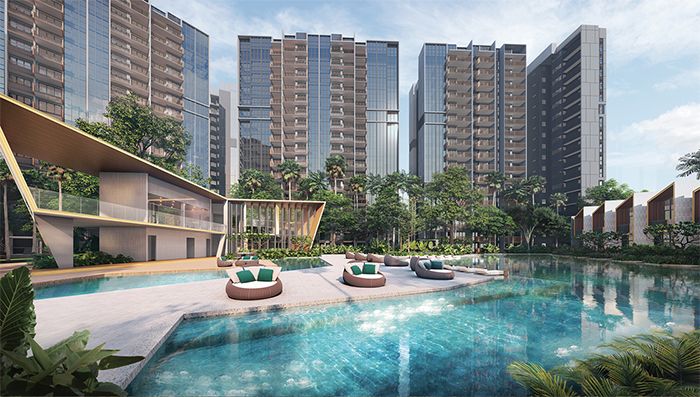 This was one of the few new condo projects to be launched just one day before the latest property cooling measures took effect on 06 July 2018.

Panicky buyers were queuing at the Riverfront Residences showflat on the night before to secure a unit, so that that they will avoid paying more stamp duty under the new set of measures.

Judging from the psf price, Riverfront Residences does look like an ‘absolute steal’ as compared to The Jovell – mainly due to its location within a matured estate where you will find a wide range of amenities and the fact that it’s much closer to an MRT station.

The only downside we can think is the number of residential units within Riverfront Residences – almost 3.5 times more than the total number of The Jovell condo.

The environment and lifestyle within this new Hougang condo may be a little too rowdy and crowded for those who are seeking more privacy and exclusivity. So much for living in a ‘private’ condominium, sigh.

However, just looking at the price alone, it’s seriously attractive in relation to the condo’s location. From the number of transactions concluded to-date, you can see why.

Possibly the last condo launch along Tampines Avenue 10, The Tapestry condo by CDL has set up itself as being the highest priced project in the area. 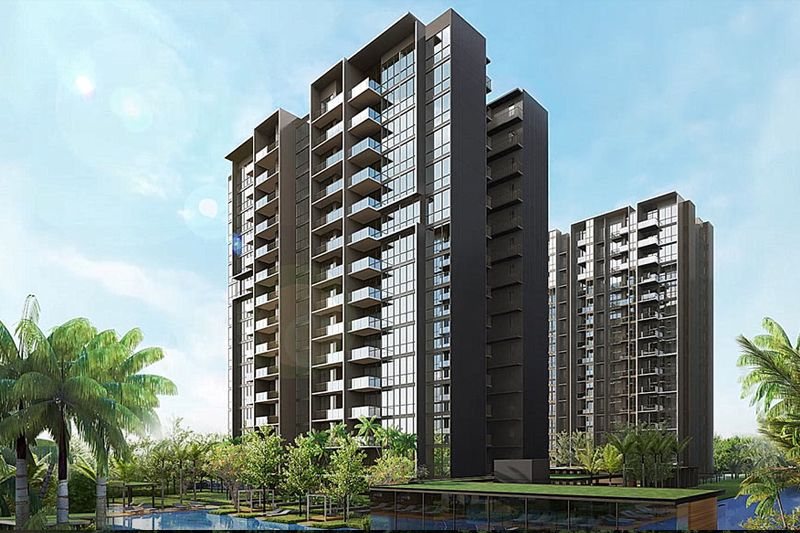 But if you were comparing it with the rest of the new launch condo projects on this list, it is still the 3rd cheapest condo project in Singapore at this point of time.

With that fact in mind, it is no surprise to see 655 out of 861 units (accounting for 76% of the entire development) already being snapped up at The Tapestry condo since March 2018.

Like Riverfront Residences, it does seem like projects located within a matured estate are proven to be more popular among property buyers.

Moving on to the 4th cheapest condo project, we have Treasure at Tampines (the former Tampines Court) – a massive 2,203-unit condo at Tampines by Sim Lian Group. 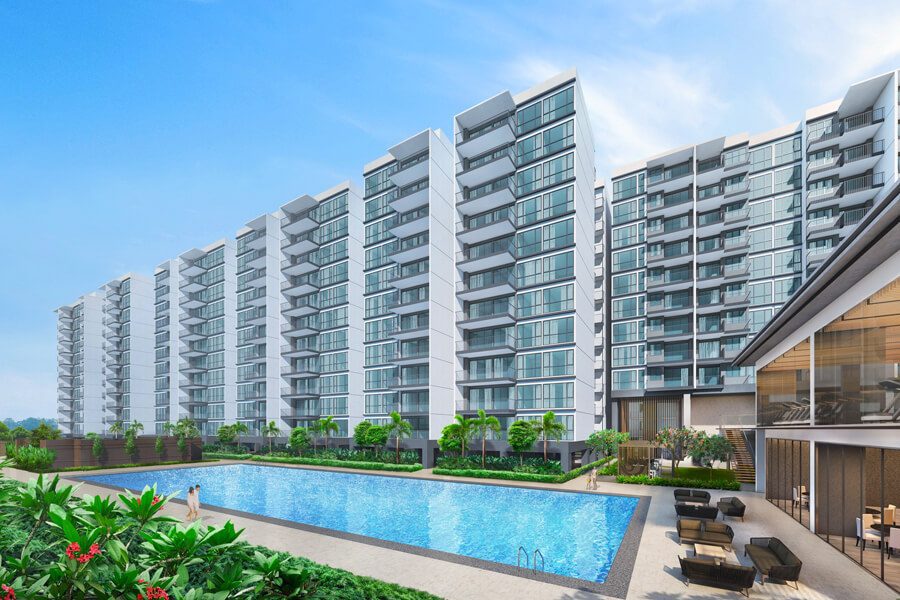 Despite being in 4th place, Treasure at Tampines by Sim Lian Group is still perhaps one of the most popular condominium projects in 2019 as 629 units were sold in just 6 months.

In terms of price, these two Tampines condo projects are pretty much similar.

They just separated by a mere dollar when we match them based on the average psf within the last 6 months. Thus, it’s just a matter of which project suits you better.

During then, market watchers were doubting the bullish bid placed by CDL and foresee that it will a challenge for the developer to sell off all units within a 5-year timeframe. 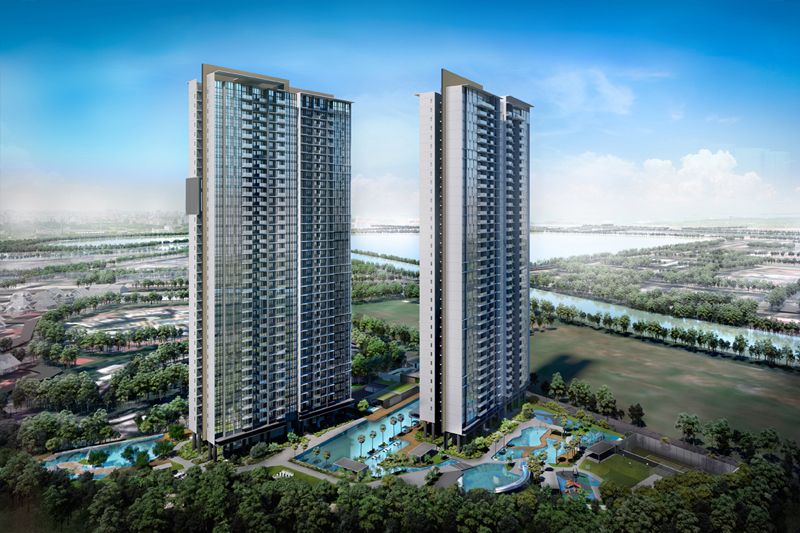 As a matter of fact, CDL is no stranger to this precinct of Singapore – having already built other condos in West Coast, such as Hundred Trees and Monterey Park condo.

By seeing how well-received Parc Riviera and Twin Vew (both condos were launched back in 2016 and 2018 respectively), CDL somehow believed that Whistler Grand will do equally well.

On the first day of launch, Whistler Grand got off to a flying start by selling around 150 units in a single day and as of end January 2019, they have sold an estimate of 223 units in total.

To date, there isn’t much supply of new homes being sold in the area as Parc Riviera has already been fully sold and only slightly more than 60 units left at Twin Vew condo.

As you can see, the demand for new private homes is still relatively strong in the West Coast are. Thus, despite being ranked 5th in terms of average price point, we believe it’s just a matter of time before sales pick up rapidly at Whistler Grand as move into the remaining 3 to 4 months of 2019 – when other new launch projects in suburbs look relatively more pricey.

In the 6th position, we have The Florence Residences (former Florence Regency). It is a 1,410-unit private condominium development by Logan Property. 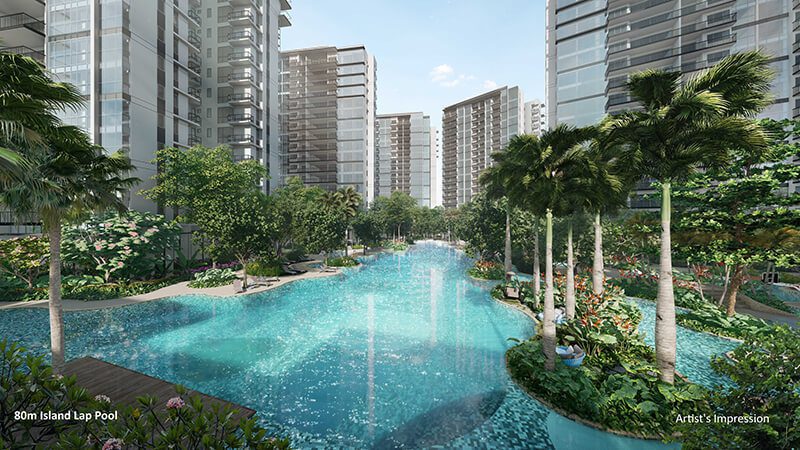 As a matter of fact, this is Logan Property’s 2nd private residential project in Singapore – after Stirling Residences at Queenstown.

So far, a total of 411 units has been sold at The Florence Residences, which makes up about 29% of the total number of units in the condominium which is located near Kovan and Hougang MRT stations.

Considering a new launch project which was launched back in March 2019, the sales number is encouraging despite the fact that many may feel that it is not as close to the MRT station.

However, we do believe that units at The Florence Residences will be selling even faster once the nearby projects such as Riverfront Residences and Affinity at Serangoon have sold more than 90% of their total units.

You may find this to be a surprise, seeing Twin Vew coming behind Whistler Grand as the 7th cheapest condo launch in Singapore for 2018 – despite being the earlier one that was released for sale. 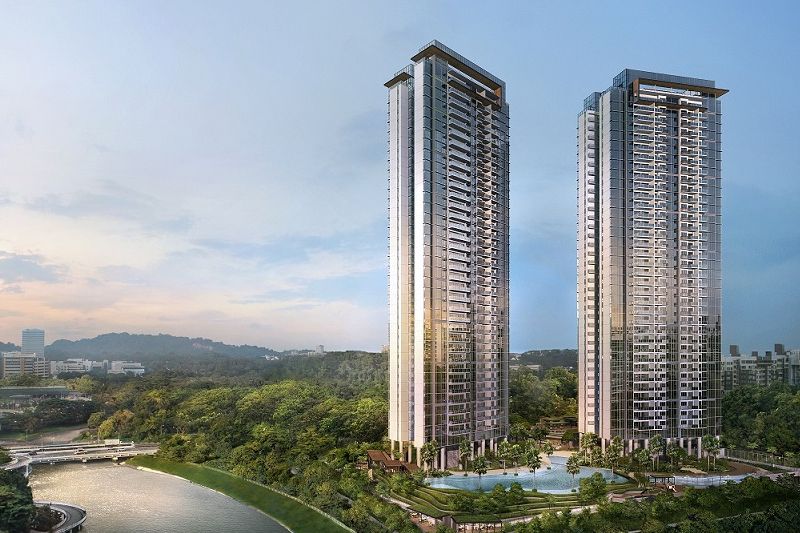 However, do remember that we are using data from the last 6 months. Hence, it is likely that the remaining units at Twin Vew are selling at a higher price point as compared to most units at Whistler Grand.

With only 520 units up for grabs, Twin Vew is only left with slightly more than 10 percent of the total number of units left for sale since May 2018.

Based on all 456 transactions recorded at Twin Vew so far, the average psf works out to be $1,401.

It is a clear indication of how strong the demand is for private homes in the West Coast area despite the relatively higher price point as compared to Whistler Grand (397 units sold at an average of $1,368 psf).

Sitting at position number 8 would be Parc Komo (former Changi Gardens) at Upper Changi Road North. It is a 276-unit freehold condominium by CEL Development. 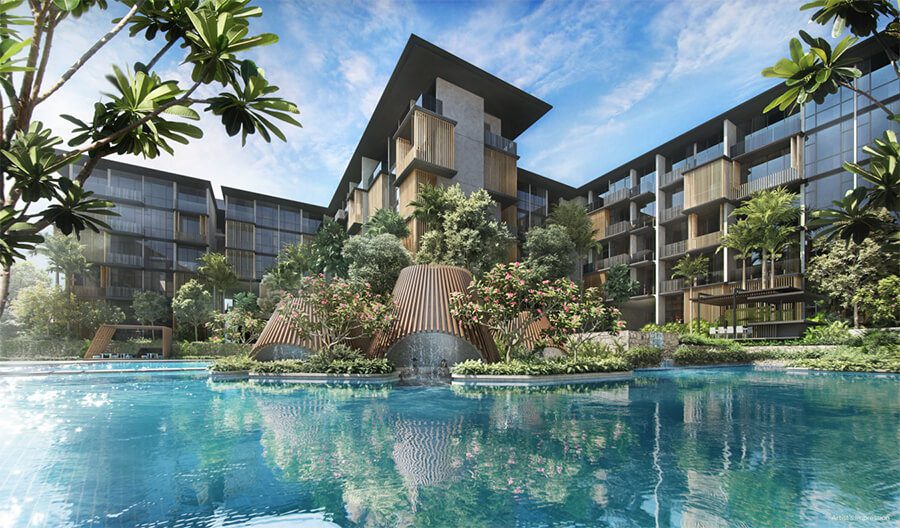 In fact, Parc Komo is the only freehold condominium project in this Top 10 list, and it’s probably the cheapest freehold new launch condo you can find in Singapore at this point in time.

According to the most recent transaction data, around 110 units have been sold at Parc Komo since its launch back in late March 2019.

This number makes up close to 40% of the entire project and it’s showing clear signs that homebuyers are still pretty much drawn to the idea of owning a freehold property.

The 1,012-unit Affinity at Serangoon condo has been under the radar for the longest time, since it was launched back in June 2018. The main reason was because of the price, which is unjustifiable in many aspects. Despite located in a relatively well-known housing estate in Singapore, buyers just couldn’t accept the price point as there are much better options out there.

But ever since plans for the Cross Island MRT line was announced back in January 2019, almost 90 over units has been sold within weeks  – accounting for almost a quarter of the total sales recorded from June 2018 onwards.

Being the 9th cheapest condo project, Affinity at Serangoon has already crossed an average psf price point of $1,500 psf. However, its already looking like a value buy with the prospect of having an MRT station nearby (which is likely to bring up property prices in future).

Co-developed by Keppel Land and Wing Tai, the Garden Residences condo is direct ‘competitor’ to Affinity at Serangoon by Oxley Holdings as they are both situated just a few hundred meters apart.

In terms of physical aspects, there isn’t really much to compare significantly between these 2 condos at Serangoon North except for the price. 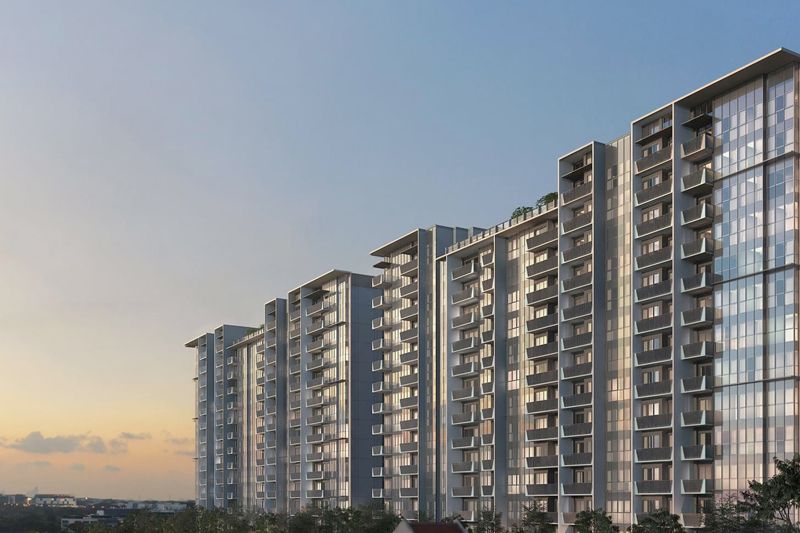 To maintain competitiveness, it’s likely that The Garden Residences has been priced at a lower profit margin by the developer.

Based on transactions record during the last 6 months, the psf difference between both projects is just a mere 1%. But if you were to compare the unit types at The Garden Residences straight up against Affinity at Serangoon, you will see that the overall price difference for each unit type can easily be at least $100,000.

Still, The Garden Residences condo comes in at being the 7th cheapest condo project in Singapore for 2018 – just behind Affinity at Serangoon.

As you can see, the selling price of the condos is usually determined by its location and accessibility. It’s without a question that homebuyers are generally less driven by price as compared to value.

Hence in general, the more ‘remote’ the condominium is, the ‘cheaper’ it is going to be – but that doesn’t mean that it’s a good product overall. You can check out the list of unsold condo units in Singapore which we’ve prepared.

Hope you’ve found some value in this article and please do not hesitate to contact us using the form below or give us a call at (+65) 6631-8384 if you require more information for the above projects – or any others you have in mind.