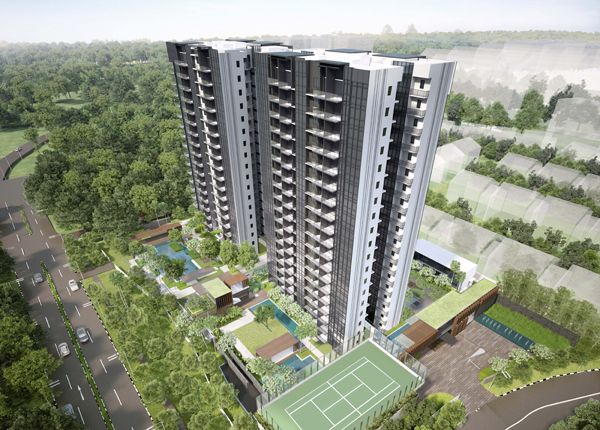 An upcoming residential development that seeks to redefine resort living, Thomson Impressions shall offer its residents a unique experience of urban existence. Expected to be completed in 2019, the Upper Thomson Road precinct has always been known to be one of the most sought after addresses in the city of Singapore.

Located at Lorong Putong in District 20, Thomson Impressions will be at the heart of a booming suburban area, promising easy access to various destinations and amenities. 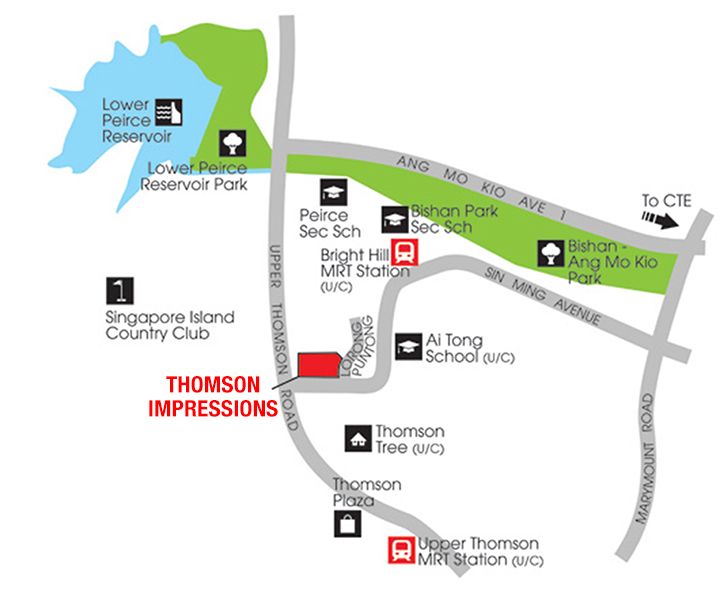 Therefore, Thomson Impressions would find itself in the midst of several bustling city hubs, thus ensuring the residents’ all needs are promptly fulfilled.

Brilliant location is not what Thomson Impressions condo is all about, though admittedly, that is one of its defining selling points. There is so much more that this residential society has to offer. 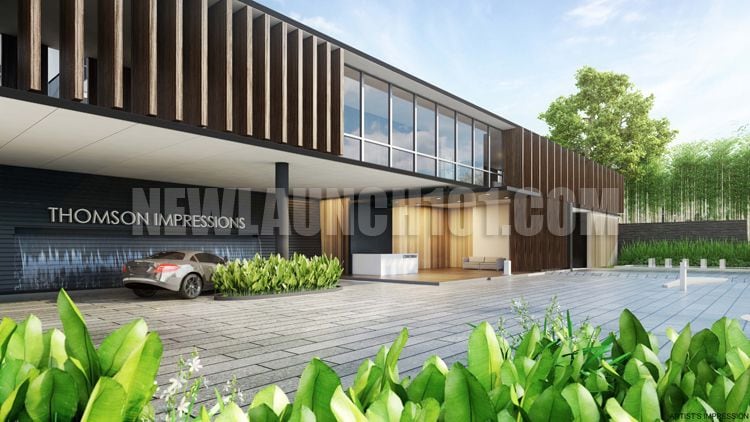 When so many luxuries are at one’s disposal right at their doorstep, what more could they possibly want?

The Thomson Impressions developer, Nanshan Group plans on having two 19-storey towers comprising of 288 units in total. Unit types to be made available include: 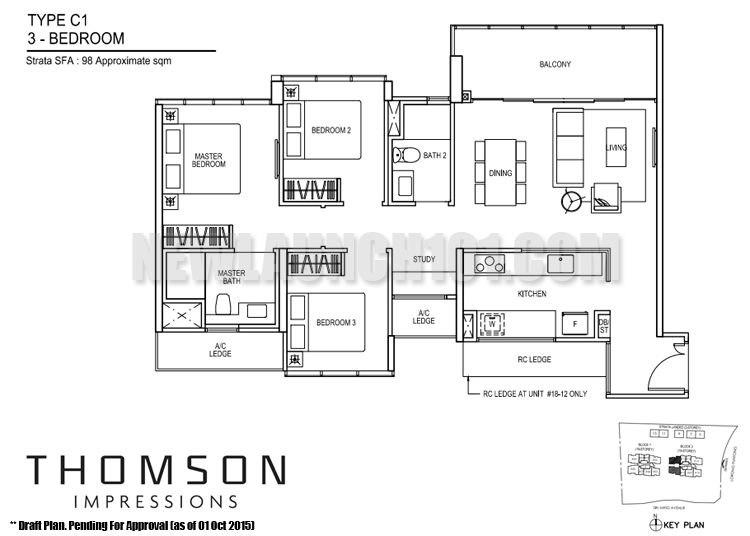 With this wide variety of unit configurations made available to potential buyers, one can certainly find their ideal home at Thomson Impressions.

Set to launch in October 2015, Thomson Impressions showflat will be located at the actual site of the development along Lorong Puntong. However the pre-launch stage will only see it being opened to invited guests only. If you would like to receive updates and get first-hand information, you can reach me at (+65) 6631 8384 or simply submit details via the contact form below.

The following is the Thomson Impressions price indication received before the official launch (as of 16 Oct 2015). Kindly note that these figures are just acting as a guide.

There’s been a lot of hype for this Upper Thomson condo recently, claiming that it’s the hottest new launch in area. And if you’ve been updating yourself with the developments within the surroundings, way before Thomson Grand was launched in 2011, the last condo launch was in 2002 for Bishan Point. 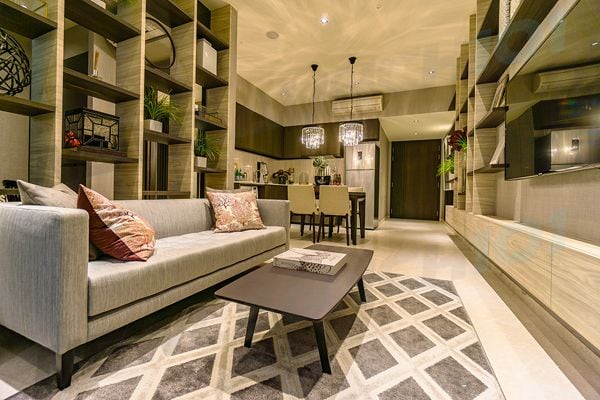 Since then, not only we’ve seen Thomson Grand, along came Thomson Three (2013) and Three 11 @ Thomson (2013). Although in recent years, we’ve seen the likes of The Panorama, Sky Vue and Sky Habitat being launched in the same district, it seems that property analysts don’t really classify them in the same league as condos in Upper Thomson.

So clearly, new launches are rather rare in the Upper Thomson precinct as we’ve only seen 3 new developments in the last 4 years.

Now here comes Thomson Impressions. But is it really a worthy buy?  Before visiting any new launch, it’s always good to do some “homework”  yourself.

Prior to that, let me highlight some attributes which I personally like about this new launch condo.

I am always a big fan of condos that offer exclusivity. With only 228 residential units in the entire development, Thomson Impressions condo offers the kind of privacy you truly need in a private residential development. As least you won’t be constantly seeing tons of people crowding at the recreation areas on a weekend, a time which you can really use some peace after days of hard work at the office. And with the limited supply of land in the area, it’s highly likely that you won’t be seeing many new developments in future (unless enbloc of existing properties).

Living close to nature and greens

We all know in Singapore, space is definitely a luxury. As we are running low on living spaces, ‘concrete jungles’ began to form. Having a residences next to nature and greens is certainly a big big plus point. In my opinion, this is something that even those who own properties in prime districts such as Orchard or Marina Bay will never get to appreciate.

I won’t deny the fact that having an upcoming MRT Station is a big bonus in terms of price appreciation. If you’ve looked at the price trend of some existing developments (namely those newer ones along the Circle MRT Line), you can see that prices usually appreciate by 10 to 15% on average once the station is in operation and this has been proven. Need some real statistics? Do let me know and I can share them with you.

So the BIG question is – how much to own a property at Thomson Impressions?

As of now (30 Sep 2015), no indicative price has been released. However, we can find out what’s the acceptable entry price, or the fair market value for this property. It’s a pretty straight foward comparison as we will bench-marking with only Thomson Three, considering the fact they are the newest condo launch in the area and they were selling during the toughest period of the property market in Singapore.

Let’s roll back time and see how much was the land cost for Thomson Three (at Bright Hill Drive), as compared to Thomson Impressions (at Lorong Puntong):

So how much was Thomson Three selling ever since their launch in 2013?

Not too shabby in terms of sales for Thomson Three for the past 2 years, despite facing numerous challenges from a weak Singapore property market. According to the latest numbers, they have sold approximately 91% of their units, at an average psf price of S$1,359.

So rightfully, given the fact that the cost of the plot at Lorong Puntong is similar to Bright Hill Drive (of Thomson Three), the developer should price Thomson Impressions the same as Thomson Three.

WRONG! Unless you want to make owners of Thomson Three really happy.

In my opinion, Thomson Impressions should be priced lower (probably just a little) than Thomson Three because of 2 simple reasons:

2. Location, location, location. Thomson Three condo is not just next an upcoming MRT Station, it is just opposite Thomson Plaza (where most daily necessities will be met). Whereas for Thomson Impressions, the upcoming MRT Station is probably all they have, and residents will have to travel a little south to reach Thomson Plaza. The travelling time may be insignificant to most, but due to this lack of convenience, it certainly doesn’t justify the fact for Nanshan Group sell Thomson Impressions at the price of Thomson Three condo.

Then again, being wonderfully located, uber-luxurious and full of resort-style facilities, it is no doubt that Thomson Impressions shall add quality to residents’ lifestyles in more ways.

Hence, having a home here would surely be a pride and prestige booster for any individual. But that is only if the price point makes absolute sense for you.