Property sales in Singapore likely to continue uptrend in November 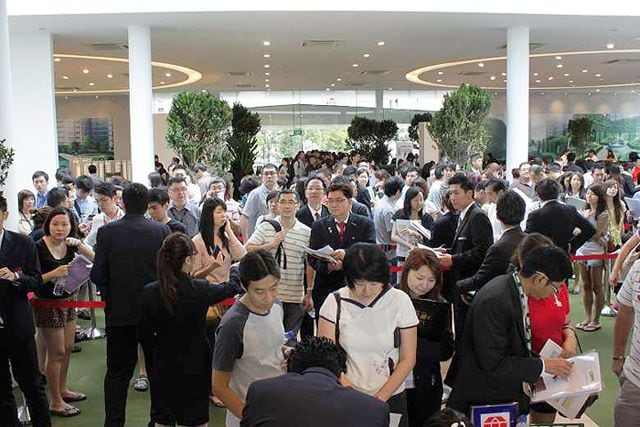 According to data from the Urban Redevelopment Authority (URA), the sales figure for project sales from last month was the highest since July 2015 – when a whopping 1,655 homes were sold.

The surge in sales was largely attributed to the success of 2 new launch condo projects last month – Forest Woods by CDL (sold 364 units) and the Alps Residences by MCC Land (sold 334 units), accounting 55% of the total sales in October.

This revival in property developer’s sale of private homes is likely to continue into the current month as Queens Peak by MCC Land and Parc Riviera by EL Development were both launched earlier.

Market watchers have noted that the recent property launches are driven by investment demand – especially for the smaller unit types. It could mainly be due to the current lower property prices, relatively low mortgage interest rates and high liquidity.

It was added that in order to sustain the current buying trend, property developers will have to continue keeping prices of their condo projects at competitive rates.

Moving towards to end of 2016, property consultants mentioned that the market may start to see lesser project launches for the final 2 months due to the school holidays, and expects the lull to continue way after Chinese New Year in 2017.

A couple of the major launches expected next year will be UOL Group’s The Clement Canopy (located at Clementi Avenue 1) and Park Place Residences at Paya Lebar Central.