End of the “flippers” era 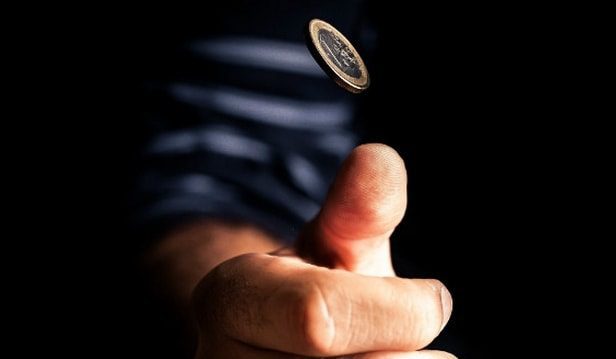 “Flippers” – a commonly used term to describe speculators of the property market who buys and subsequently sells their properties after holding only for a short period of time (sometimes even only for days or weeks). This act is usually known as “flipping”.

In fact, this was once a very lucrative “strategy”. In 2011, a staggering 98% of private residential properties (which includes new launch projects) in Singapore were flipped with a profit, within 2 years from the date of purchase. Such gains were averaging around S$259,000. Back in 2013, things were still looking good for the flippers as 61% of such transactions made profits, even though the average gains dropped by 16%, around S$151,000.

However, fortunes began to change. In 2014 and 2015, there was a reversal in this trend as only a total number of 30 non-landed residential properties, with a holding period of 2 years or less, were transacted.

If we were to look at transaction numbers, there were approximately 2,000 more of such transactions in 2011. What’s even worse, out of those 30 transactions, only 5 of them were profitable. The remaining 25 transactions all seen losses at an average of S$373,000.

The profit and loss was calculated based on the price difference between the purchase and selling prices, and also including the prevailing sellers’ stamp duty (SSD) rate which is payable by sellers.

Thus the biggest loss within the last 2 years came from a luxury unit situated at Four Seasons Park. The residential unit was bought at S$11 million (S$2,879 psf) in April 2013, and sold earlier this year in February for S$9.5 million (S$2,486 psf). On top of that, the seller had to pay a SSD amount of more than S$1 million.

On the other hand, 4 out of the 5 profitable units were purchased during the property market’s peak period of 2013 and made more than decent gains, averaging about S$217,000. One of them is a residential unit at Kemaman Point.

In 2013, the property was purchased at S$697 and later on resold for S$1,006 in March 2014. Also at another development called Santa Fe Mansions, a unit was bought during the peak in 2013 for S$1,032 psf and changed hands for S$1,247 psf in 2014. This clearly shows that investment opportunities still can be found even in during peak periods in the property market.

Despite a challenging property market in 2014 and 2015, 94% of non-landed residential properties were still making an average profit of $455,000, or gain of 42%, and the holding period for these sellers was an average of 7.7 years.

Although the amount of unprofitable transactions increased from 2% between 2011 and 2013, to 6% in 2014 and 2015, they still barely had any impact to Singapore’s property market as they are still a small group among the property sellers.

According to research, the timing of purchase indeed contributed to greater profits. For properties which were bought between 2003 and 2005, they have made a profit from more than 90% to as high as 102%.

If you were to recall, this was the period where we experienced the aftermath of the 911 terrorist attack and the ongoing SARS and Iraq War, which indirectly caused a steep decline in property prices. In a similar situation back in 1998 where we experienced the post-Asian financial crisis, property owners who purchase a unit back then are also enjoying an average gain of 92%, which equates to more than S$500,000. That was the time when property prices plunged by 42% from the peak of 1996 to late 1998.

Well, It’s certainly a temptation to wait for opportunities like that to enter the market. However, during these times, Singapore was experiencing high unemployment and plenty of job uncertainties when even rock-bottom property prices don’t attract property buyers.

That was the reason why the government took action to reduce the cash downpayment to only 5% and also raise the Loan-To-Value (LTV) limit to a high 90%.

The biggest loss mainly came from properties in the prime districts or the Core Central Region (CCR) in Singapore. These residential units (9 in total) were bought in 2006, incurring a loss of S$1.46 million (20% loss) on average. Out of the 9 properties, 4 of them were from St Regis Residences and another 2 from Cairnhill Crest. The rest coming from other parts of the CCR. This is certainly a clear testament to the property cooling measures have affected the luxury property segment in Singapore the most.

Over the past couple of years, we’ve seen flippers coming more from the shoebox apartments. The main reason being it is affordable pricing and low entry capital for most investors.

However, they are not being spared from losses too. To date, 3 out of 4 shoebox units sold in 2014 and 2015 were sold at a loss between S$5,840 to S$49,080 (ranging 1% to 8%) as their holding period were mainly 2 years or even less. Apparently, these transactions could have been profitable if not for the SSD which the sellers had to pay.

From this above report, you can clearly understand that profiting in the real estate investments is not just about the timing, but also the economic situation and the holding power that you have.

Times have indeed changed and it requires investors today to be more prudent on what they are investing and the risk factors involved. Because of the sellers’ stamp duty, we are seeing the end of the era for flippers.

However, seeing real estate as a long-term investment option is certainly still profitable in general.