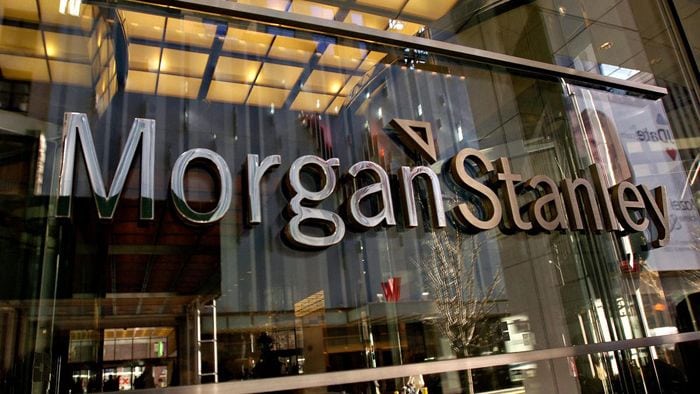 According to the United States top banking titan Morgan Stanley, property prices in Singapore are expected to surge upwards by as much as 10% by the end of 2018.

While other major local financial institutions, such as OCBC and DBS expect prices in the property market to remain subdued till 2018, Morgan Stanley forecasted that private home prices are to rise by 2% this year (starting as early as next month), and another 8% in the year 2018. 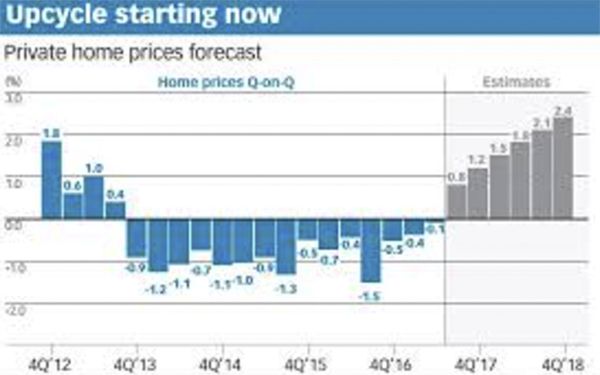 It was noted in Morgan Stanley’s report that they have seen signs of recovery in Singapore’s property market due to a sharp rise in the transaction volume in recent months, thus narrowing the expectations set by buyers and sellers.

The much improved outlook of the real estate market in Singapore was clearly backed by the strong showing of sales from the new launch projects earlier this year (with Park Place Residences, Grandeur Park Residences, and The Clement Canopy being the most well-received projects among the rest), together with the rising price index in the resale segment for 2Q 2017.

Morgan Stanley has also pointed out that the recent surge in en bloc sales have given the property market as a stronger boost – displacing around 1,500 home owners from the 7 residential developments which have been sold via a collective sale this year.

With each owner expecting to receive a $1.8 million payout on average, this will add up to around $13 billion worth of potential capital waiting to flow back into the Singapore property market as these owners find themselves another home. In addition, there may be more en blocs deals around the corner which are due to be completed soon. 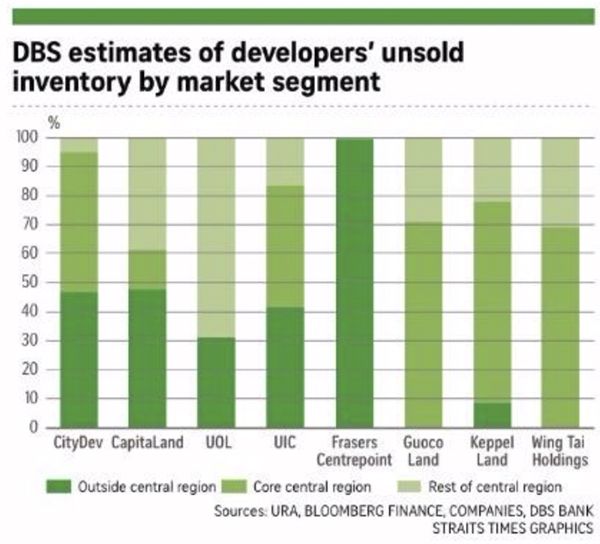 It was also mentioned that the number of unsold properties has also fallen to a 22-year low of only around 17,000 units as of June 2017.

As market sentiments improve, the absorption of current inventory has stepped up a notch with buyers pouring in after staying on the sidelines between the lull period of 2014 to the year 2016.

With the tight supply of housing being outpaced by the increasing demand, the coming up cycle for Singapore property prices could happen earlier than expected by various market watchers.