The Rise @ Oxley set for 2nd phase launch from $1.38 million 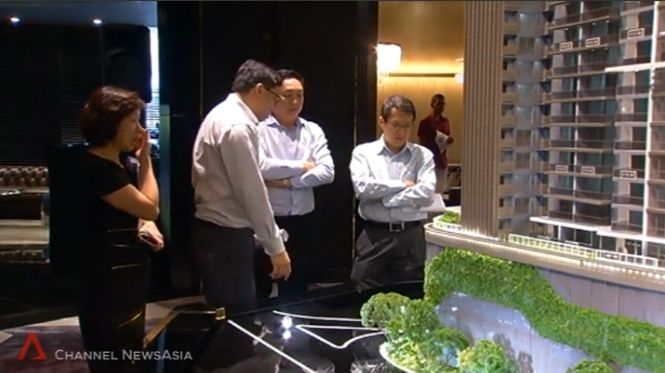 Having only sold 51 units since June 2014, a freehold new launch project, named The Rise @ Oxley located at District 9 is set to launch its 2nd phase with units priced from S$1.38 million.

It comprises a total of 120 residential units, which sit on top of a 2-storey podium with 39 strata retail shops (yet to be launched for sale).

According to the developer, they see the potential and value in this area and with the freehold status, the site is just a stone’s throw away from mega shopping malls such as Orchard Gateway. Despite being located within walking distance to Orchard Road, The Rise @ Oxley is situated with a quiet enclave away from the city buzz.

Construction is already in progress and will be in time for completion by 2019.

Because the site was bought back in November 2012, what worries the developer right now is that they have to sell all the units at The Rise @ Oxley by November this year, in order to qualify for the ABSD remission. However, Oxley Holdings sees some pent-up demand in area as there haven’t been any new launch in the area since Belle Vue Residences back in 2008.

Property buyers still going for “value buys”, even in prime districts. Source – CNA
It was mentioned that the price gap between those developments located in the Core Central Region (CCR) and those in the Rest of Central Region (RCR) has been significantly narrowed. Therefore, Oxley Holdings believed that it’s a good time for investors to revisit the high-end residential segment as current pricing is below the replacement cost.

For instance, the 99-year leasehold new launch mixed-development called City Gate along Beach Road has sold its residential units at a price range between S$1800 to S$2000 psf.

It was noted that property developers who are currently under pressure to sell their units in their current projects by year 2017, do have alternative options such as either buying back those unsold units or hold them via forming a structure