Its showflat preview drew close to 3,000 visitors during the first weekend. 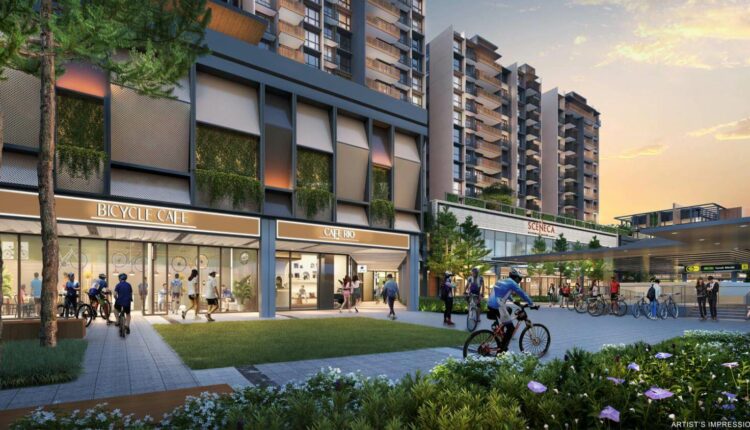 After 2 weeks of preview (since January 1), the 268-unit Sceneca Residence along Tanah Merah Kechil Link was formally launched yesterday (January 14).

Sceneca Residence’s performance as the 1st new project launch of 2023 is a foreshadowing of what other property developers with residential projects lined up might expect.

According to reports, the developer, a consortium comprised of MCC Singapore, Malaysia’s Ekovest Developments, and SGX-listed The Place Holdings, had collected 560 cheques in total by Thursday evening, indicating that the project had been 2 times subscribed.

This corresponds to a sales conversion rate of approximately 28.6 percent.

Tan Zhiyong, CEO of MCC Singapore, said that the project is likely to be the 1st major private residential launch (excluding executive condominiums) after the latest round of cooling measures are implemented back in September 2022, and it observed that prospective buyers are more deliberate and conscientious in their decisions to acquire a property.

The 1-bedroom and 2-bedroom units of Sceneca Residence were completely sold upon its initial release. These unit types in the development range in size from 463 to 883 square feet.

As a result, they accounted for 75 percent of the 160 sold units.

One of the market watchers mentioned that it is unusual to find a 1-bedroom apartment for less than $1 million in today’s market and savvy prospective buyers recognised this. Hence, all of the 1-bedroom units were snapped up.

In addition, the overall price tag proved to be an appealing entry point for HDB upgraders, and the 2-bedroom units were sold out.

The largest penthouse, measuring 2,756 square feet, was among the homes sold on the 1st day.

According to the developer, Singaporeans accounted for around 88.5 percent of total homebuyers, with Singapore permanent residents (PRs) and foreigners making up the remaining 11.5 percent.

Market watchers mentioned that Sceneca Residence would have sold even more units if it had a bigger mix of 1-bedroom and 2-bedroom units.

Ismail Gafoor, the CEO of PropNex Realty also said that the sales at Sceneca Residence demonstrate a strong desire for units priced anywhere below the price point of $1.8 million and ready investors are eager to snap up such units despite soaring interest rates.

Gafoor notes that the reason behind the slower sales of the larger units could be among a number of upgraders who required more time due to all of the market uncertainty and may have postponed their upgrading plans.

Sceneca Residence consists of two 14- and 15-story residential towers that sit above Sceneca Square, a 20,000-square-foot mall with a mix of cafes, restaurants, stores, and a 10,000-square-foot supermarket. 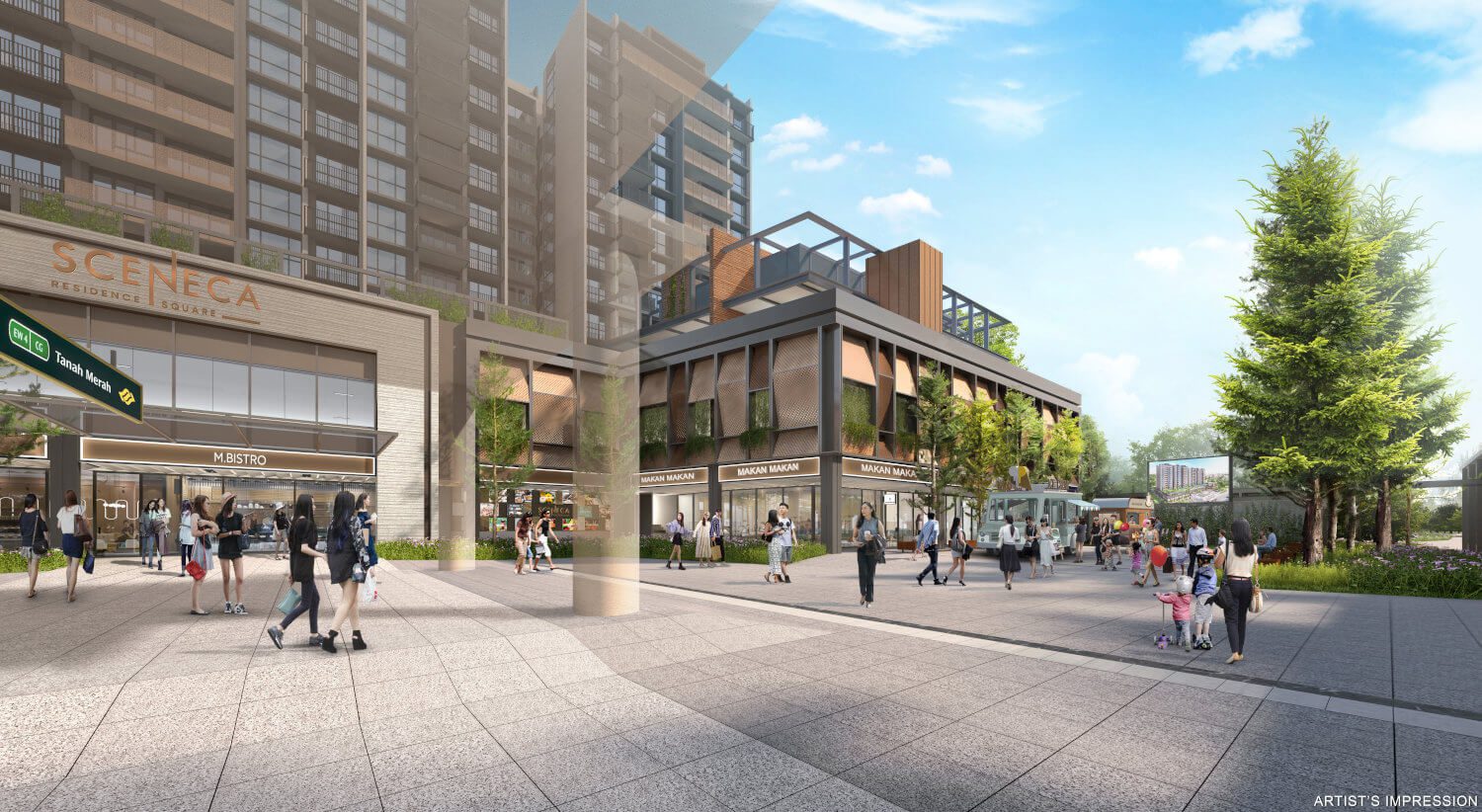 Analysts attributed the strong sales to a number of factors, including the direct connection to the Tanah Merah MRT Interchange station and the sheer convenience of a mall located beneath the residential towers.

It was also mentioned that the project is situated near centres of employment that include the likes of the Changi Business Park, Changi Airport, and the Airport Logistics Park.

Hence, this makes it appealing to those who wish to live close to their place of work.

In September, the SkyEden at Bedok and Lentor Modern were both launched.

SkyEden at Bedok, which is only one MRT stop away from Sceneca Residence, was 75 percent sold on the first day, whereas Lentor Modern was 84 percent sold.

Units in both projects were sold at average prices of somewhat more than $2,100 per square foot.

Following the debut of Sceneca Residence will be The Botany at Dairy Farm and Terra Hill in Pasir Panjang.

They are set to be previewed during the Chinese New Year period.

The 460-unit Dairy Farm Residences, which started selling in November 2019 and has now sold out, is located next door to The Botany at Dairy Farm.

On the other hand, the 99-year leasehold condo Kent Ridge Hill Residences, which started selling in November 2018 and is currently sold out, is located near the freehold Terra Hill.

Therefore, analysts believe that these two planned debuts, The Botany at Dairy Farm condo and Terra Hill, should also be very well-received.

They have also added that while there was some concern regarding market trajectory in 2023, the resounding sales result at Sceneca Residence should remove doubts about the market’s strength and set the tone for the following launches in February and March 2023.

On top of that, PropNex’s Gafoor hoped that the sales momentum at Sceneca Residence will motivate other real estate developers to correctly price their projects, as homeowners are even more sensitive to price owing to the current high mortgage interest rate environment.

And if a project is overpriced, there may be some pullback from upgraders who could prefer to sit out.