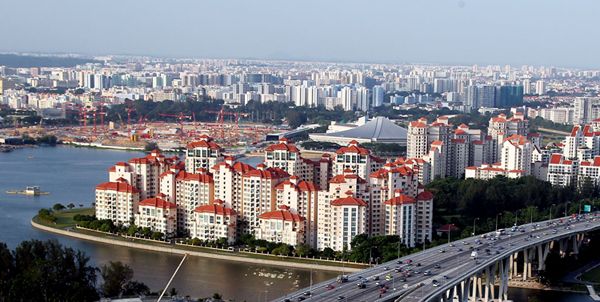 The residential neighbourhood of East Coast in District 15 have always been considered one of the most prestigious after some of other prime districts in Singapore, which consist of areas such as Orchard, Bukit Timah, Sentosa Cove and Marina Bay.

Recently, it appears that properties transactions in East Coast have been centered around areas namely Tanjong Rhu, Meyer Road and the Siglap-Marine Parade, where 8 out of 12 transactions in District 15 were recorded in a single week from 13 to 20 September 2015. Some of the newer and iconic East Coast condos along Meyer Road and Marine Parade – includes Meyerise, Silversea, and the most recent Amber Park condo.

It was noted that Amber, Meyer and Tanjong Rhu remain the most favored private residential locations for homebuyers as they are well-known as the “prime areas” in District 15. On top of that, these neighborhoods are just short drive to the Central Business District (CBD) and also opposite East Coast Park, with some homes offering panoramic sea views.

However, the Meyer/Amber enclave will usually be buyers’ preferred option as it’s being viewed as a more prestigious neighborhood and residential properties there are mostly freehold, as compared to properties at Tanjong Rhu as the big bulk of them are 99-year leasehold.

Then again, being prestigious doesn’t necessarily mean it’s a definite lucrative investment option. Recently, a 3-bedroom unit on the 4th floor at The Seafront on Meyer (a 327-unit East Coast condo developed by CapitaLand) was sold for S$2.1 million or S$1,309 psf, recording an 8.7% from the price which the unit was purchased in 2007 for S$2.3 million or S$1,433 psf.

Also, there has been a recent revival of buyers’ interest in properties within the Marine Parade-Siglap precinct. Since the start of 2015, 29 units have been transacted at 3 of the relatively older developments namely Neptune Court, Mandarin Gardens and Fernwood Towers, with Mandarin Gardens (99-year leasehold, completed since 1986) being the most sought-after East Coast condo contributing to 16 out of the 29 sales recorded.

It was mentioned that despite being old, residential units at such condos are usually priced below S$1,000 psf and they are also larger in size as compared to most of the new launch condo developments today.