Property prices rise for the first time in 4 years 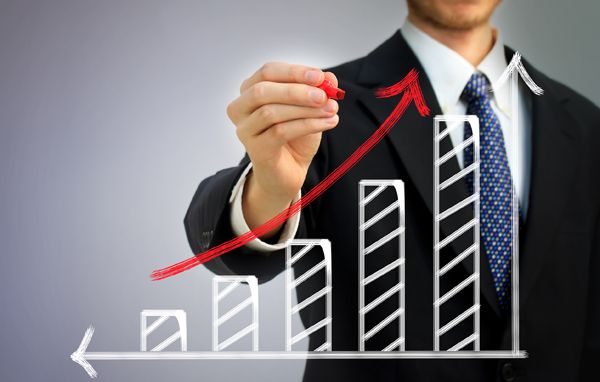 Flash estimates for the 3rd quarter of 2017 – from the Urban Redevelopment Authority (URA) of Singapore have shown that private property prices have shown the first uptick after 15 consecutive quarters of decline. 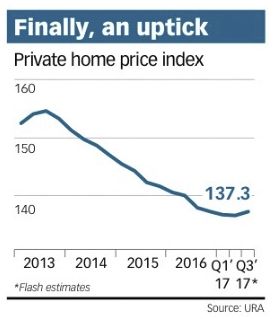 Property analysts have already seen the change in price trend coming as there were higher transaction prices and sales volumes recorded this year. In addition, the moderate drop in home prices over the last few quarters have also hinted that property prices in Singapore may be bottoming out.

However, some analysts are remaining conservative as they opt to wait out for another quarter of transaction data in order to determine if this change in direction for the price index is indeed a “rebound”.

Earlier on in September, the top banking firm of the United States, Morgan Stanley have suggested that Singapore’s property prices may rise by 10% by the end of year 2018.

According to the 3Q2017 flash estimates, the overall increase in price was mainly driven by non-landed residential homes in the suburbs and central region – each with a rise of 0.7% and 0.2% respectively. Prices of landed properties have risen by 1% in 3Q2017.

Market watchers believe that the main drivers in the suburban property markets where the sales clocked by several new launch projects, such as Grandeur Park Residences, Kingsford Waterbay, North Park Residences and The Santorini etc.

The recovery of landed home prices was likely bolstered by the good response received at Victoria Park Villas in the prime district 10 of Singapore.

Data extracted from the URA Reais have shown that around 16,000 private homes (new launch, resale or subsale) were transacted between January 2017 to August 2017 – which was 54% more than the same period last year in 2016.