Private home owners and investors selling properties at a loss 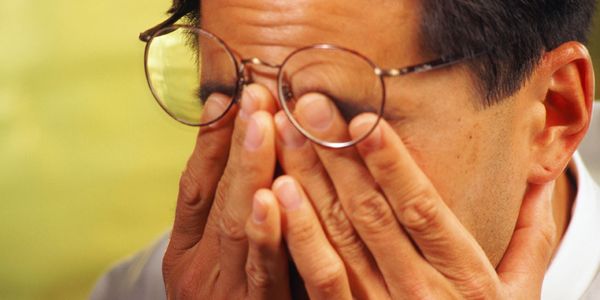 It’s being reported that due to the imminent rise of housing interest rates and ramp-up supply of private housing, it’s been a common sight that property investors are looking for a way out of the subdued property market.

Based to statistics gathered for 2015 by SRX Property, more property owners are selling off their properties at a loss due to weaken market sentiments for for sale and lease.

VIDEO: Looking back the the property trend in 2015
According to property experts, some homeowners are finding it difficult to finance their current mortgages due to the current slowdown in the economy and the weaken rental market. In 2015, there were a total of 87 units listed for mortgagee sales (mostly are larger sized units), up from 47 in 2014. In contrast, only 9 properties were listed in 2012 when the market was on the uptrend.

However, only 29% of the mortgagee sales were successful as most property buyers today are still expecting a much steeper discount in prices. 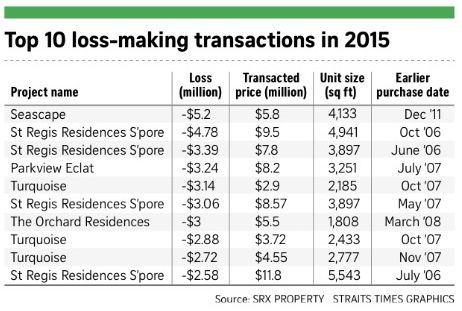 It was noted that these sellers who sustained huge losses are mainly foreigners and real estate funds. The main bulk of them purchased or invested heavily in Singapore during 2007 and 2008 when the property market was booming.

During then, rents were lucrative and mortgages loan interest rates were more attractive. However, these investors are now trying to cash out their assets in Singapore to cut down on losses, redirecting their focus to investments in other countries which are more profitable. This has eventually resulted in a new record low of foreigners investing properties in Singapore.

Market watchers have mentioned that these losses incurred may be relieved by rates of foreign exchange as the Singapore dollar have grown stronger since 2007. As for local property owners, they may also be cashing out their properties at a loss to re-invest in blue chip stocks for a more sustainable return.

Property experts have also said that such transactions will happen more frequently if market conditions continue on the downtrend.