Only 2 bids were submitted and the top bid was 18.9 percent higher than the other. 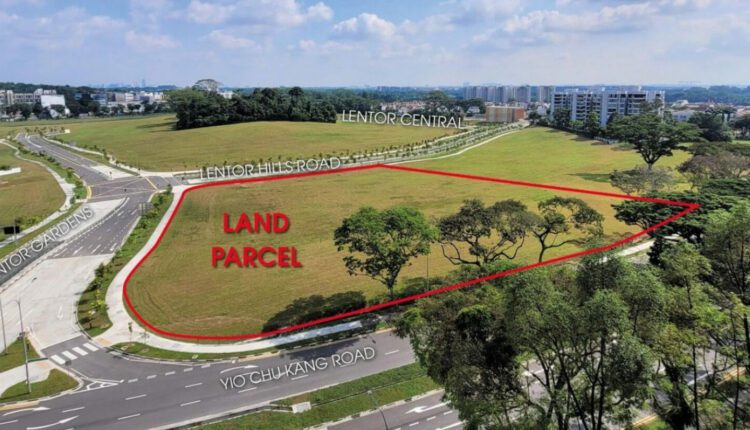 The land rate is equivalent to $1,130 per square foot per plot ratio (psf ppr).

This 99-year leasehold private residential site has a total site area of 116,455 square feet and can yield around 495 private homes in the future.

There were only 2 bids submitted for this site. The other bid came from a consortium formed by China Construction Co, Soibuild Group, and Yanlord Land.

It was noted that TID’s top bid for the Lentor Hills Road (Parcel B) plot was 18.9 percent higher than the other.

This was also around 6.6 percent higher than the top bid which acquired Lentor Hill Road (Parcel A) earlier in January 2022.

According to Colliers, the low number of bids that were received indicates developers are cautious with their bid amount due to the amount of land supply projected in the area.

A total of 1,340 private homes are estimated to be in the pipeline within the Lentor precinct.

At the same time, another nearby site at Lentor Central was also sold.

That Lentor Central GLS site was acquired by the same consortium led by China Construction Co.

However, there was also lackluster interest for that private residential site as it drew only 3 bids in total.