The future selling price for the new private residential project could be around $2,000 to $2,100 psf. 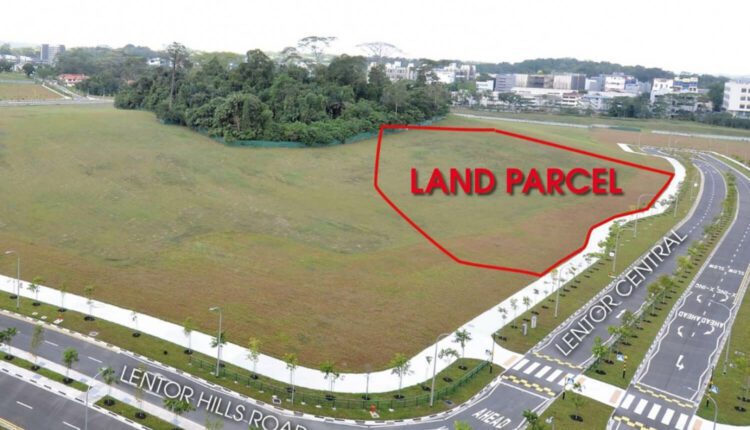 A consortium has submitted a top bid of $481.03 million for the Lentor Central GLS site.

The land rate works out to be around $1,108 per square foot per plot ratio.

The 99-year leasehold Lentor Central GLS has a total land area of 144,713 square feet and has the potential to yield around 470 private homes.

Based on the sale price, the future selling price for the new launch at Lentor Central could be in the range of $2,000 to $2,100 psf on average.

It was noted that the site only drew 3 bids.

The other 2 bids came from CapitaLand and a joint venture between GuocoLand & Hong Leong Group respectively.

Analysts believe that it could be a result of property developers taking a cautious approach to the Lentor precinct as the government could release up to 11 sites for sale in the pipeline.

Prior to the Lentor Central GLS site tender, two other sites in the area has already been sold within the precinct.

One of them is along Lentor Central as well and it was awarded to GuocoLand back in July 2021.

The new launch project is now known as Lentor Modern, a new 605-unit integrated development that is directly linked to the new Lentor MRT station.

The other was Lentor Hills Road (Parcel A) and it was sold to a consortium formed by Hong Leong Holdings, GuocoLand, and TID earlier in January 2022.

Concurrent with the tender for this Lentor Central GLS site, another site at Lentor Hills (Parcel B) was also sold under the Government Land Sales (GLS) programme by the URA.

That site received a top bid of $276.36 million (or $1,130 psf ppr) from TID (a joint venture between both Hong Leong Group and Japanese high-end real estate firm, Mitsui Fudosan).