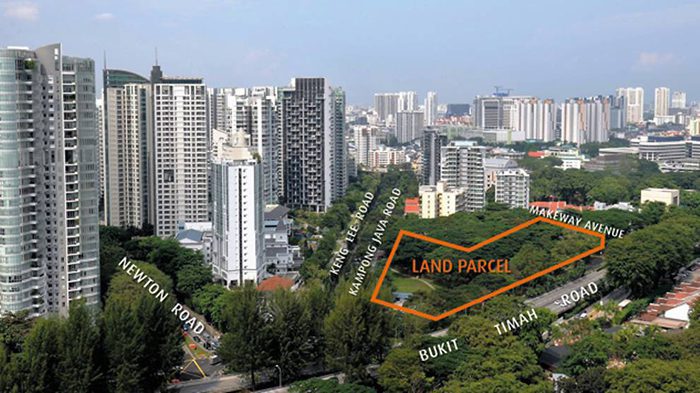 The Kampong Java government land sale (GLS) site drew a total of 7 bids as the tender closed on 15 January 2019 – with the top bid of $418.8 million (or $1,192 psf ppr) coming in from property developers Chip Eng Seng Corporation (developers for Park Colonial).

The 125,326 square feet private residential site along Kampong Java Road has a maximum gross floor area of 350,914 square feet. It can yield around 436 private homes.

It was noted that the Kampong Java GLS site is the first land parcel (zoned for private residential) on the Confirmed list to be put up for tender since the guidelines for minimum average unit size was introduced back in October 2018.

Property consultants mentioned that the top bid was somewhat below their expectations and it has clearly reflected the cautious sentiments of the property developers.

The top bid for the Kampong java site was considerably lower as compared to the nearby Fourth Avenue site, which was acquired by Allgreen Properties for $1,540 per square foot per plot ratio (psf ppr). The new launch at Fourth Avenue is known as Fourth Avenue Residences and has been launched for sale earlier this month.

In addition, it was also lower than the Jiak Kim Street site (former Zouk), which was acquired by Frasers Property for $1,733 psf ppr back in December 2017. The future project will be known as Rivière.

Based on the top bid price for the Kampong Java site, analysts reckon that the breakeven price for the future new launch near Newton MRT station will be around $1,700 psf. The eventual selling price of the units should work out to be in the range between $1,900 and $2,000 psf.

Update: This new condo project is known as Kopar at Newton.