All the sites on the Confirmed List are expected to yield around 3,505 residential units, which include 495 executive condo units.

The Singapore government has increased the land supply for private residential developments under the 2H 2022 Government Land Sales (GLS) Programme.

There are 4 private housing sites, 1 site for executive condominium, and 1 mixed-use residential & commercial.

These sites are expected to yield approximately 3,505 homes, which include 495 executive condo units.

It is a 26 per cent increase from the supply listed under the 1H 2022 GLS Programme.

The Urban Redevelopment Authority (URA) said that the reason for increasing the supply of private homes listed under the Confirmed List is to maintain the stability of the property market.

In addition, it is also to ensure the supply is sufficient to cater for the resilient demand for private homes, as the number of unsold condo units in Singapore has continued to decline over the past couple of months.

Analysts have noted that the supply of private homes under the latest 2H 2022 GLS programme has been the highest since 2H 2014. 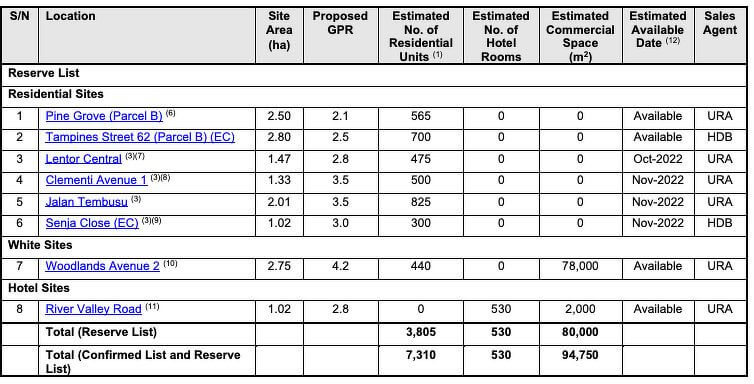 Tampines Avenue 11 site to test the appetite of developers

According to market watchers, the standout site on the Confirmed List of the 2H 2022 GLS programme would be the mixed-use site at Tampines Avenue 11.

With a site area of around 5.07 hectares, this largest plot can yield approximately 1,190 private residential units and more than 150,000 square feet of commercial space. 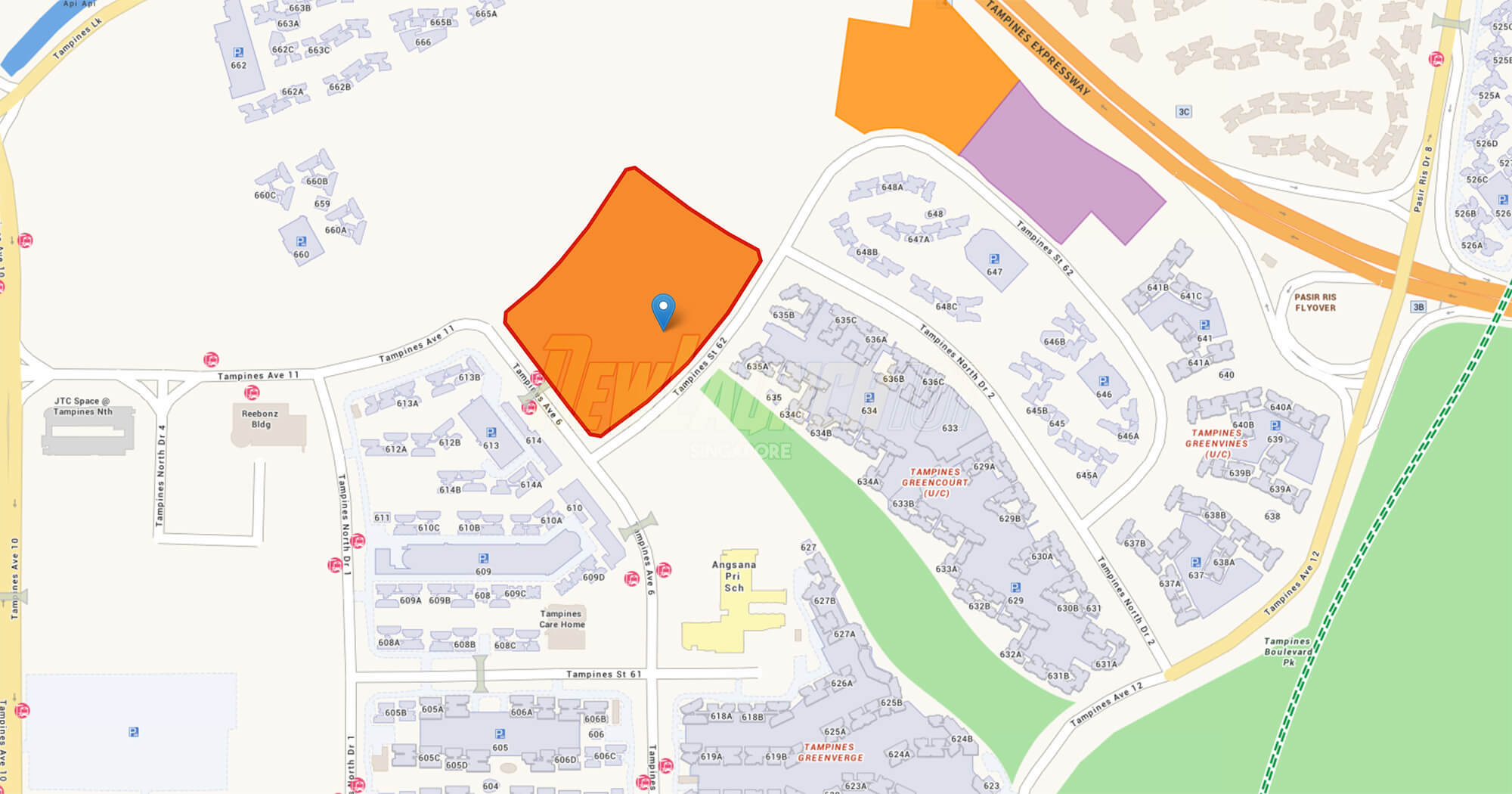 However, it’s been cautioned that given the huge land size, the cost for this Tampines Avenue 11 site is expected to cross the $1 billion mark.

Hence, it could possibly be a deterrent to any potential bidders as the recent tender for the Dunman Road GLS site (sold for more than $1 billion) drew interest from only 2 bids.

Nonetheless, analysts are still confident that the residential component of the Tampines Avenue 11 GLS site will benefit from the strong upgraders’ demand.

A similar demand has been experienced at Tampines’s two most recent condo launches.

The Bukit Timah Link GLS site (on the Confirmed List of the 2H 2022 GLS programme) is also expected to draw keen interest from property developers.

It has a palatable land size and attractive location attributes. 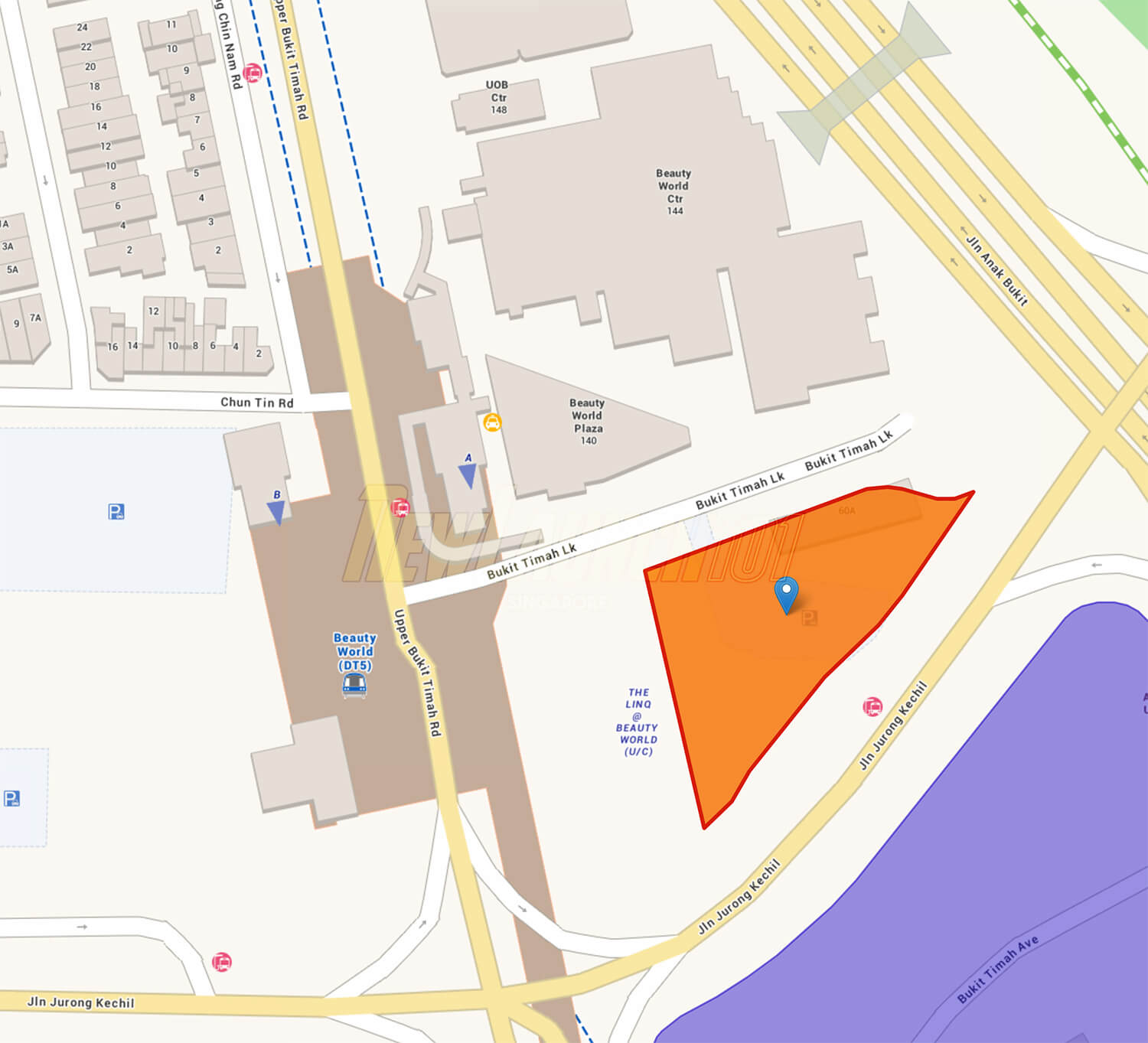 The 0.46-hectare site has the potential to yield around 160 units and is within close proximity to Beauty World MRT station.

The site is also just next to The Linq at Beauty World. It is a freehold mixed residential-commercial development that comprises 120 private homes. It was launched back in 2020 and has been fully sold since.

Some of the other existing projects around the precinct have also been very well-received. One of them is Forett at Bukit Timah by Qingjian Realty.