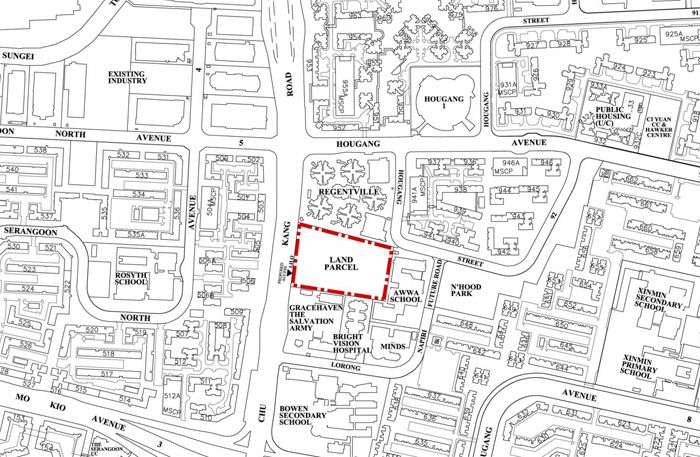 Despite stagnant sales from the Executive Condominium (EC) market, total of 10 bids were received for the 99-year leasehold EC site which is not located within the vicinity of any MRT station in the Yio Chu Kang/Hougang area, from property developers and a top bid of S$331 per square foot per plot ratio (psf ppr) came from Hoi Hup Realty. 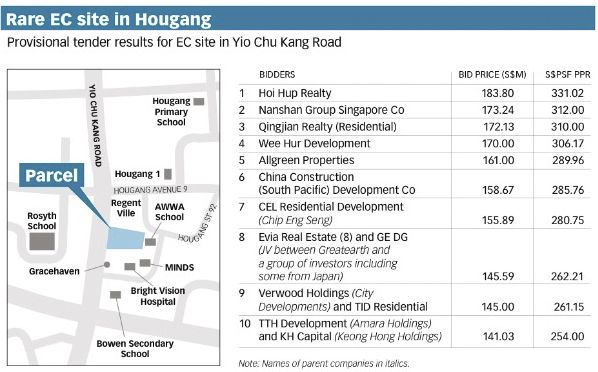 According to market watchers, the land sale of this 1.8-ha site from the Housing Development Board of Singapore (HDB) came close in exceeding initial expectations. Although the Yio Chu Kang EC site isn’t situated near to an MRT Station, future residents can still reach Serangoon MRT Station via a short bus ride and also enjoy excellent road connectivity via the Central Expressway (CTE).

Furthermore, the site is within a well-established matured HDB estate and walking distance to the renowned educational institute Rosyth School. On top of that, there hasn’t been any EC launch in the precinct for a long time.

Earlier on, it was forecasted by property experts that the winning bid should be in the range between S$260 to S$340 psf ppr. Based on all bids received, Hoi Hup Realty’s top bid came in at 6.1% higher than the next highest bidder, Nanshan Group (developer of the recent new launch, Thomson Impressions).

As mentioned by Hoi Hup Realty, the breakeven cost will approximately be around S$700 psf for the new launch EC project on this Yio Chu Kang EC site and will consist an estimate of 560 units in total, with 3-bedroom apartments taking up about 70% of all.

Since December in 2013, the sales of EC units directly from developers have been hit by the implementation of a 30% MSR (mortgage servicing ratio) cap, resulting in developers having to hold on to high selling prices due to the higher land prices they have paid for earlier.

Based on the sales numbers and transaction statistics between 2H2013 to 1H2015, the sluggish demand for ECs have caused property developers to trim prices from above S$800 psf to an average range between S$750 to S$780 psf.