Shoebox apartments remain a popular choice for both buyers and developers 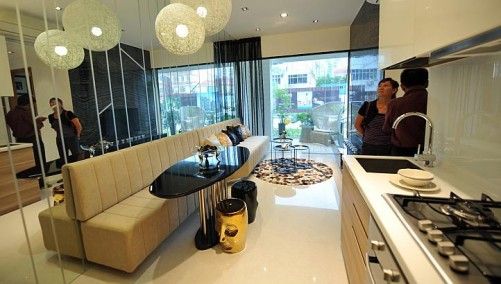 While property developers have been criticized previously for the surge in shoebox apartments in order to maximize their profits, it is pretty obvious that demand is still strong for such unit types over the last couple of years.

One of the obvious drivers would be the introduction of the Total Debt Servicing Ratio (TDSR), which has significantly clipped the capital expenditure required by home buyers and investors. Thus, shoebox apartments has appealed to prospects who are quantum-sensitive – usually singles who are seeking to live on their own, and also investors.

In October 2018, the government has decided to restrict the number of shoebox units being built in certain areas in Singapore.

As a reflection of the strong buying demand for shoebox units, total sales have climbed from 16 percent in 2012 to 22 percent in 2016, and a 19 percent surge this year (according to transactions from January to October).

It’s often being assumed that property developers are keep to construct more shoebox homes as they are able to sell these units much faster and reap a much higher psf (per square foot) value. However, there is still a cap to how much can developers price these units at without turning away home buyers who are sensitive to the overall price quantum and investors who are looking for good yields.

It still seems like buyers’ belief in shoebox apartment units are starting to pay off over the last few years as 88.4 percent of the resale transactions were profitable.

From these resale transactions, previous owners who bought them directly from property developers have managed make an average capital appreciation of 11.5 percent – which is higher than the 10.6 percent gain for other unit types and sizes which bought from new launch projects since the start of 2010.

In addition, shoebox homeowners who have held on to their units for rental income have also enjoyed an estimated rental yield of around 3.5 percent; up to 4 percent for those in the northern region of Singapore.

It is quite clear that the buying interest for shoebox apartments are unlikely to fade and the affordability will always be a hanging concern with the TDSR in place, lifestyle changes and growing number of singles and shrinking household sizes. Here are 4 reasons why you should consider buying a shoebox apartment.