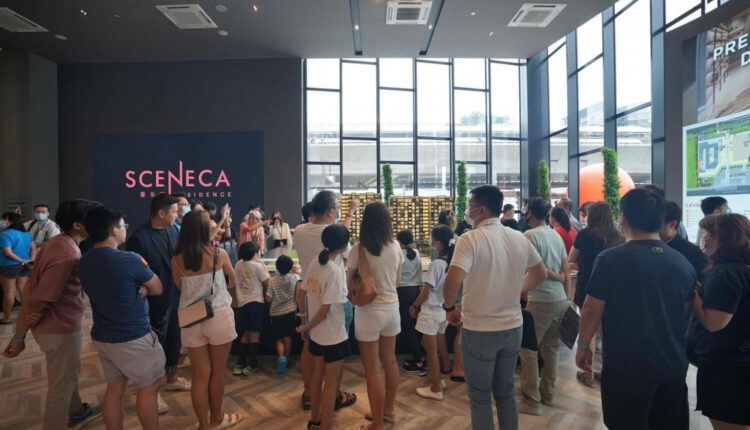 It forms the 268-unit residential component of a mixed-use development, with the 20,000 square feet Sceneca Square as the commercial component.

It is located across from Tanah Merah MRT station and is set to be launched for sale in 2 weeks’ time.

The Tanah Merah Kechil Link site was acquired back in October 2020 for $248.99 million (or $930 psf ppr), after outbidding 14 other property developers.

Sceneca Residence is only made up of 2 residential towers (14 and & 15 levels respectively) and has a good mixture of unit types from 1-bedroom to 4-bedroom and a penthouse unit.

The project will officially start selling its units on 14 January 2023 and it’s expected to receive its T.O.P by the 2nd quarter of 2026.

The last residential project launched within the vicinity was Grandeur Park Residences back in March 2017.