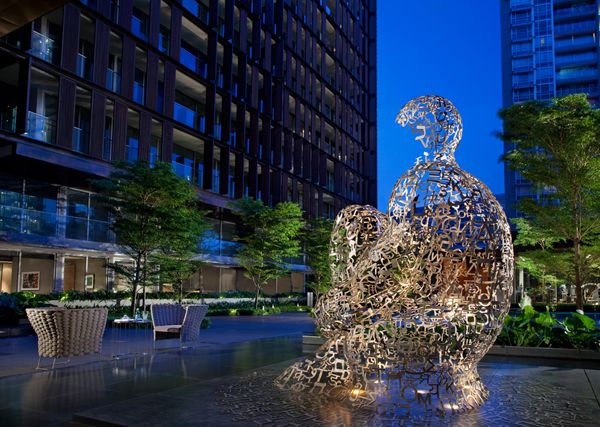 Following the successful sales strategies seen at the likes of high-end condos such as OUE Twins Peak, Ardmore Three, Interlace and D’Leedon etc, property developer SC Global has released a new payment scheme called this ‘Enhanced Purchase Plan’ to entice buyers and drive sales at one of its premium property development at Cairnhill – Hilltops condo, which has only sold 20% of its units so far. At the original listed price, their next door neighbour Helios Residences does look like a better option in the past.

This new purchase plan allows potential purchasers to secure a unit at Hilltops with a payment of 20% of the purchase price and on top of that, given a 2-year option to purchase the subject property at today’s price.

Furthermore, during the 2-year period, purchasers will be given a lucrative return per annum – 10% on the downpayment given. So assuming that the property is selling at S$3 million, a 20% downpayment will sum up to S$600,000 and the buyer will get a return of S$60,000 annually.

But what is the buyer doesn’t proceed with the purchase (or exercise the option) at Hilltops condo at the end of the 2-year period? The 20% downpayment paid initially will be forfeited, however, the buyer will get to keep the rental income received during this time period.

It was noted by property experts that the only drawback is probably the fact that the buyer won’t be able to move in immediately due to this guaranteed rental yield scheme.

However, the scheme at Hilltops condo is still relatively attractive as it will offer property buyers the security to purchase at today’s fixed price while allowing them to generate rental return within the interim, said SC Global.

Another benefit mentioned was to allow purchasers (the older locals especially) who are already owning a property, require more time to sell off their current place and don’t want to service 2 mortgages at the same time.

According to the latest data and statistics in June from the National University of Singapore (NUS), prices of completed residential developments in the Central Region have surged by 0.7% month-on-month.

It was added by Mr Eugene Lim, KEO of ERA Realty Network that the luxury property market has seen an increase in buyer’s demand in recent months as purchasers are looking at long-term investment options. And given the fact that Singapore’s luxury property segment has been depressed in recent times, it has thus become a more attractive option as compared to other major cities in the world in terms of price.