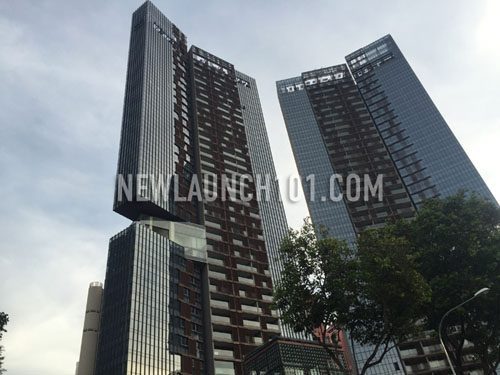 More high-end condominiums in the luxury property segment could be put up proactively on the property market for sale, as time runs out for property developers who looks set to be affected by the conditions listed under the qualifying certificate (QC).

It’s stated in the QC that property developers have to wrap up the development of a property project within a time span of 5 years and sell all the units within the project in not more than 2 years, after obtaining the TOP (Temporary Occupation Permit).

Failure to comply will result in extension charges being levied each year, at a progressive rate of 8%, 12%, 16% and 24% subsequently for every year which conditions are not met.

One of the former new launch condo developments under this “pressure” will be OUE Twin Peaks by OUE Ltd, which is set to relaunch in early November 2015. It’s a 99-year leasehold condominium with 2 towers (35-storey each) with 462 residential units, situated at 33 Leonie Hill Road. It was noted that OUE purchased the former project on site (called Grangeford) in 2007 for S$1,810 per square foot per plot ratio (psf ppr), when the Singapore property market was at its last peak.

Another condo around the vicinity which is subjected to the conditions under the QC is Gramercy Park (by City Developments Ltd). However, for that, the developer is likely to turn these units into serviced apartments. 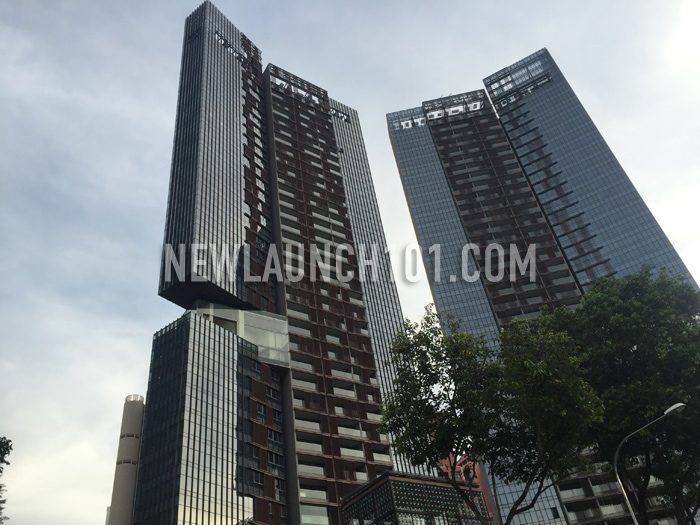 Under the QC, it’s been reported that OUE Twin Peaks will incur extensions charges, at a yearly rate of S$42.4 million, S$84.8 million and S$127.3 million for the first 3 years. As of end September 2015, only 70 units launched have been sold. To ramp up efforts to sell their units, OUE has appointed a total of 5 property agencies for its Twin Peaks condo relaunch.

It’s believed that OUE Ltd is in talks with a couple of parties for a potential bulk sale for all its 231 units at OUE Twin Peaks Tower 1.

In addition, all the units at Twin Peaks will be sold as fully furnished (with designer pieces from the likes of (Tom Dixon, Charles & Ray Eames and Hans Wegner). This should be a major attraction for property investors as their units at Twin Peaks condo can be listed immediately for rental.

Based on the property listings available, a 1-bedroom unit at OUE Twin Peaks can fetch a monthly rental of approximately S$4,000 – S$4,500.