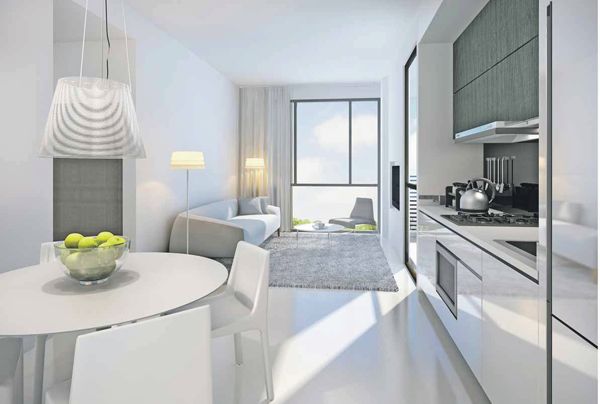 According to initial estimates, the rental prices for shoebox apartments have declined by 1.9% qoq (quarter-on-quarter) in the 3rd quarter of 2015. Leading the drop are shoebox units in the mass market property segment as monthly rental prices dipped by 3.5% (from S$2,089 per month in 2Q2015 to S$2,016 per month in 3Q2015).

The shoebox apartments located in the mass market segment or known as the Outside Central Region (OCR) have been facing continual competition for tenants from public housing flats (HDB flats). For the same amount of rent, a tenant could rent a 3-room HDB flat (consist of 2 bedrooms), with a possibility of sharing their rental expenses with another party living together in the same flat.

On the contrary, such unit types in the Core Central Region (CCR) or Rest of Central Reigon (RCR) are seemingly more attractive to tenants, especially for those who work in the Central Business District (CBD) as they can spend lesser and save time on commuting between their workplace and residence.

Based on the caveat data from Urban Redevelopment Authority (URA) of Singapore, 15 out of 185 transactions (for shoebox apartments) were sold at a loss in the resale market in 2015 so far. In 2013, only 3 out of 307 transactions and 14 out of 215 in year 2014 were unprofitable. In the mass market property segment, the median loss for those shoebox transactions which are unprofitable has risen from S$25,509 in 2014 to S$79,112 to date.

However, the number of profitable transactions are still significantly more overwhelming despite a weakening rental market. Due to its affordability, owners/landlords tend to have a firm holding power than units which are bigger in size, which also equates to a larger price tag. It remains to see how new launch condo projects will perform for sales of shoebox units, noticeably the upcoming Thomson Impressions where approximately 34% of the development are 1-bedroom units (463-sqft).