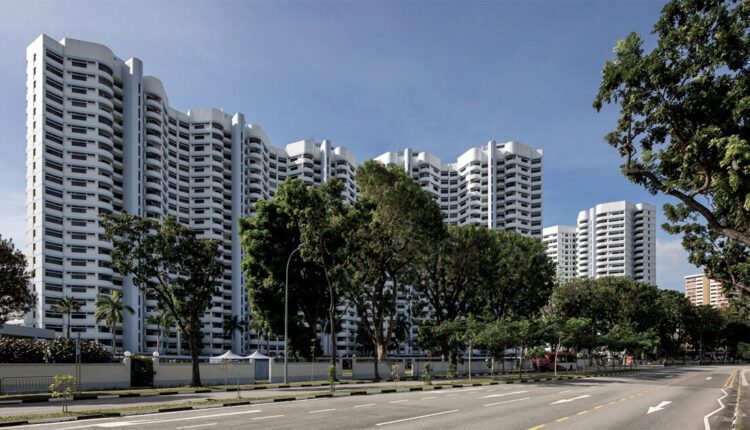 The most recent collective sale committee (CSC) representatives of Mandarin Gardens feel they have a good chance of persuading 80 percent of the homeowners at the condo with 1,006 residential units along Siglap Road within the eastern region’s premium District 15 to approve a collective sale.

Similarly, they are hoping that despite its size of more than 1 million square feet, the leasehold site would attract developer interest.

The Mandarin Gardens CSC is seeking responses from unit owners in preparation for an en bloc sale.

The development might be placed on the market at an asking price that is no less than $2.88 billion sometime this year if the 80 percent threshold is met.

The pricing does not include the LBC, also known as the land betterment charge.

It isn’t the 1st time Mandarin Gardens’s owners have sought an en bloc sale. The initial attempt at a collective sale in 2008 failed because of the worldwide economic crisis. 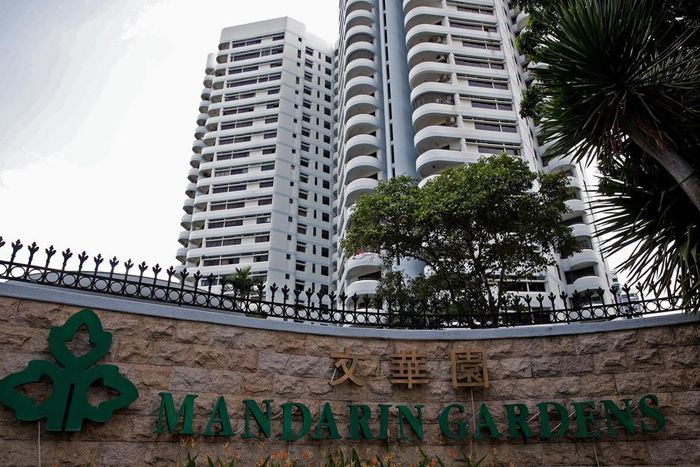 10 years later, the 2nd attempt was made in November 2018, and the CSC increased the reserve price from $2.478 billion to $2.788 billion after being determined that the site was significantly undervalued by more than $300 million.

The price was further increased for a 2nd time to $2.93 billion in February 2019. However when the en bloc agreement lapsed 1 month later, apparently only 68 percent of the Mandarin Gardens owners had consented to it.

After the initial failure, the owners lingered for 2 years before attempting again.

This is in compliance with the 2010 amendments to the Land Titles Strata Act.

At the conclusion of the 2-year hiatus, Mandarin Gardens owners who had supported the last en bloc attempt were eager to try again.

Condo is getting on in years, and the lease is being cut short

This indicates that there are 58 years remaining on the lease, which may account for the condo’s improved attitude to a collective sale.

The CSC of Mandarin Gardens has witnessed a stronger change in support of the en bloc sale, despite the continued existence of a group of tenants with a deep affinity to the unit.

Most residents of Mandarin Gardens are concerned about the impact of the lease reduction on the prices in future. This has motivated some individuals to assist the current collective sale effort.

It’s being noted that the management company strata title (better known as MCST) of Mandarin Gardens has enough reserve funds for condo maintenance over the coming few years.

However, it is anticipated that maintenance expenses would rise in the years ahead.

The most recent en bloc agreement expired in March 2019, and since then, approximately 100 units have been transacted at Mandarin Gardens condo according to caveats filed to date.

Some Mandarin Gardens residents have been living there for decades and are currently in their 70s or 80s.

According to the CSC committee, their main concern is the expense of replacement, as they understand the difficulty of locating a comparable apartment around District 15 at a similar price. 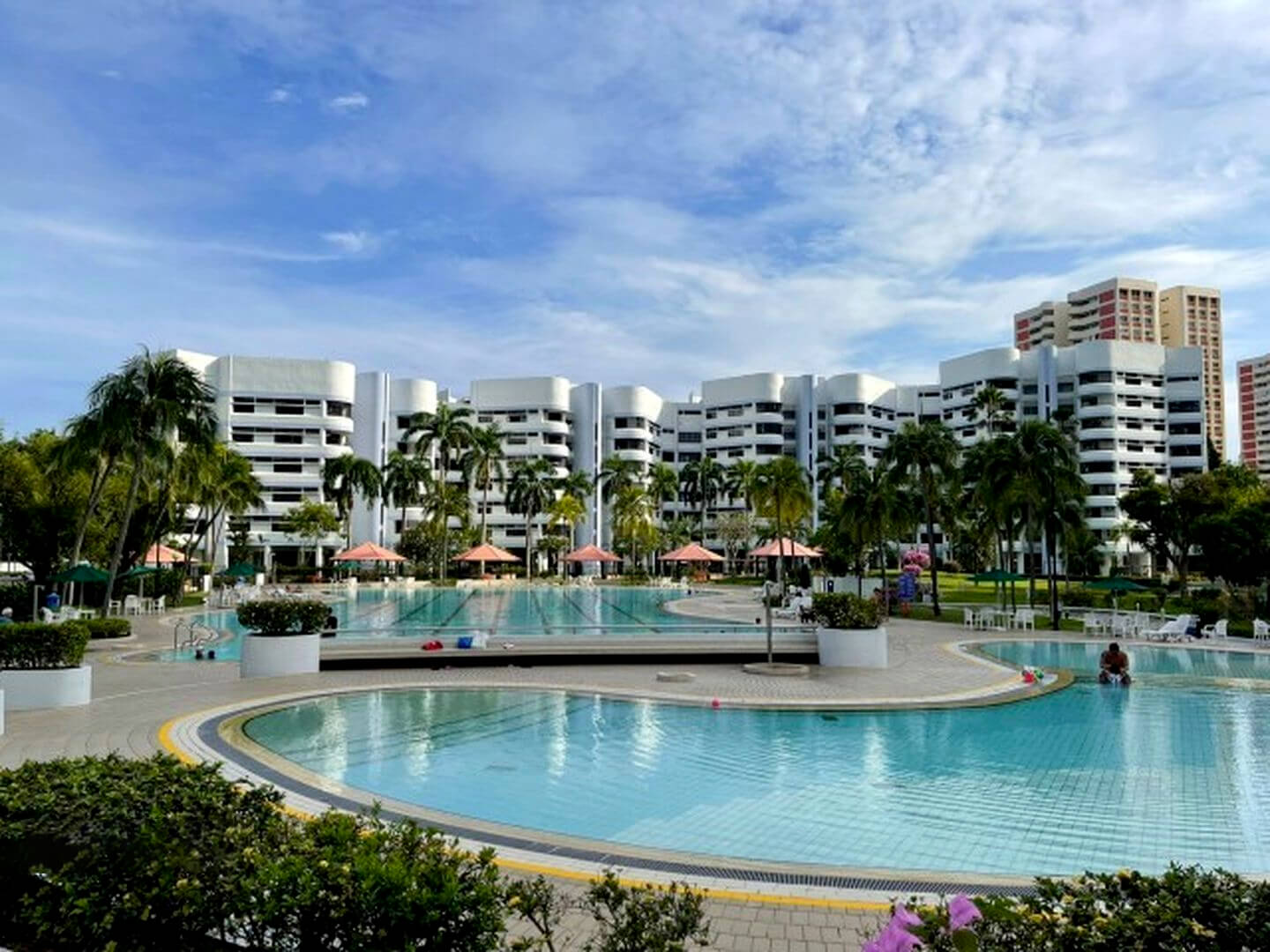 As a result, these homeowners are less likely to favour the en bloc sale.

They added that other residents at Mandarin Gardens are willing to move to an apartment that’s smaller in size or an HDB flat and hence support the en bloc sale.

Analysts said that these are very common and reasonable objections voiced by collective sale holdouts.

Generally, backing for a collective sale is typically strong if the owners can obtain a 30 to 40 percent premium above the selling values on the free market.

In addition, that support is bolstered if homeowners believe they can maintain their current living standard, relative to the total liveable size of the new home that they acquire.

Some market watchers have also agreed that as Singapore’s real estate prices have risen in past years, some collective sale holdouts are worried that the payout sum that they will receive from an en bloc sale deal may not be sufficient to cover their next home purchase.

This year will see the commencement of 3 relatively large residential projects in District 15.

One of these is The Continuum condominium. It will be a freehold condominium with 807 units that is located along Thiam Siew Avenue and developed by both Hoi Hup Realty & Sunway Developments.

Another is Tembusu Grand by Wing Tai, with 638 private homes in total that sits along the Jalan Tembusu. It’s a Government Land Sale (GLS) plot.

It is developed by a joint venture that comprises City Developments Ltd and MCL Land.

The largest new launch condo will be SingHaiyi Group’s residential development on a site (under the GLS programme) located along Dunman Road and within close proximity to Dakota MRT Station.

It will comprise 1,008 private homes in total.

According to estimates, The Continuum will start selling its units from around $2,755 psf and that Tembusu Grand will have a starting sale price of approximately $2,470 psf.

In the meantime, homes in the residential project on Dunman Road could be sold for $2,544 per square foot.

Analysts say that older condominiums will tend to reap benefits from the recurring waves of newly launched condos in the neighbourhood, which in turn contributes to the long-term appreciation of property values.

As a result of the redevelopment and rejuvenation of existing properties in the vicinity, the number of large-sized units within the neighbourhood will decrease as future projects offer unit sizes that are relatively smaller.

The additional buyer’s stamp duty (ABSD) of 40 percent for property developers, of which 5 percent is non-remittable.

In addition, a 5-year sales period after the acquisition of a site could be a hurdle for bigger redevelopment sites such as Mandarin Gardens.

Overall, developers must struggle with greater funding costs in 2023 because of recent increases in interest rates, in addition to higher building costs caused by supply chain difficulties.

Therefore, they will be adopting a more cautious approach when acquiring sites this year.

Cushman & Wakefield notes that developers have a growing inclination for sites that can be developed into mixed-use projects with both residential and commercial components, and even hospitality.

It cites recent examples of en bloc sales. One of them is Peace Centre along Selegie Road and another is Maxwell House in the CBD, in which the desirability of a commercial element attracted property developers.

It also noted that developers recently tend to be more hesitant when contemplating the redevelopment of a solely residential site.

Properties that are relatively large in size tend to carry hefty price tags and thus do not place them in a favourable position when attempting to attract real estate developers, especially under the existing market conditions.

According to JLL, the en bloc market was rather lacklustre in 2022, with approximately 16 properties sold for a sum of $3.79 billion.

Market watchers foresee that developers will closely monitor the results of the initial handful of new launch condos in order to obtain a more precise gauge of the demand and response for new private homes.

More choices available on the market

It predicts that this year’s number of collective sales would not exceed that of the prior year.

The reason behind this is that the Singapore government has intervened this year to increase the supply of land sales under the GLS programme in 2023, giving developers an opportunity to replenish their land bank.

Analysts predict that there will be more en bloc sales concluded this year at prices just under the original base asking price.

They believe that property developers remain interested in acquiring sites for redevelopment, but they will be price-conscious and slightly hesitant this year due to finances and higher borrowing risks.