Looking to make developer a low-ball offer? Not with Wing Tai 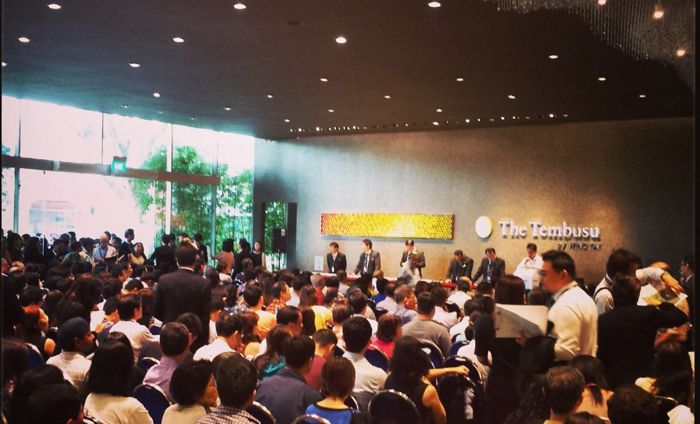 As property developers continue to face immense pressure from the subdued Singapore property market, Wing Tai Holdings has suggested doubling the dividend payout to their shareholders to 6 cents for the financial year which ended on 30 June 2016.

The payout was mainly backed by the group’s recent sale of its 50% stake in Nouvel 18 condo project to its other joint partner City Developments Ltd for a whopping $411 million (Singapore dollars).

On top of that, Wing Tai Holdings has also posted a $1.88 million net profit by the end of its financial year, although it was a huge plunge from the net profit of $115.94 million reported from last year’s earnings.

Too early to lift cooling measures? – Video Report from Channel NewsAsia
It was mentioned that the dipped in profits were mainly due to the change in market sentiments, as previous high sales figures were mainly contributed by earlier new launch projects such as Foresque Residences and Helios Residences a few years back when property market was at its peak.
Related Posts

In the 2016 financial year, the main source of revenue came from the likes of The Tembusu, The Crest and also units at Le Nouvel Ardmore.

Despite not being able to generate lucrative profits as compared to previous years, the renowned developer remains firm on prices for its luxury project Le Nouvel Ardmore.

Le Nouvel Ardmore has already made several headlines, with one of Alibaba’s co-founder being one of the proud owners of a $51 million penthouse. And to date, Wing Tai has only sold 7 out of 43 units available, at an average per square foot price of $4,000 and they are targeting to sell the remaining units at similar prices.

According to Mr. Cheung Wai Keung, the managing director and chairman of Wing Tai Holdings, the firm is confident to hold the prices of Le Nouvel Ardmore due to their strong financial power and balance sheet.

In order to keep hold of their financial strength, Wing Tai has closed down approximately 30 – 40 commercial shops which are deemed non-profitable during the last 1 year. However, some of the company’s brands, such as apparels store Uniqlo – which will soon open its 1st flagship store in Singapore – are still growing.