Amid the dwindling supply of new homes in the Outside Central Region (OCR) of Singapore, GuocoLand’s Lentor Modern achieved an 84 percent take-up rate on the first day of its official launch.

The last project that saw more than 500 units being sold during the first weekend of the launch was Canninghill Piers.

According to the developer, 92 percent of the units at Lentor Modern were sold to Singaporeans.

The remaining 8 percent were sold to Singapore permanent residents and foreigners.

Analysts mentioned that Lentor Modern will likely have set a benchmark pricing for the subsequent projects to be launched within the area.

In addition, they believe that the market has also accepted the “new norm” for projects in the OCR to be priced at more than $2,000 psf.

It was also noted that all the 1-bedroom and 2-bedroom units in Lentor Modern were the first to be snapped up and completely sold out.

There were 63 and 231 units available for each unit type respectively.

Being the only integrated and mixed-use project within this upcoming Lentor Hills housing estate, Lentor Modern has certainly drawn strong interest from homebuyers who are willing to pay a premium price for convenience. 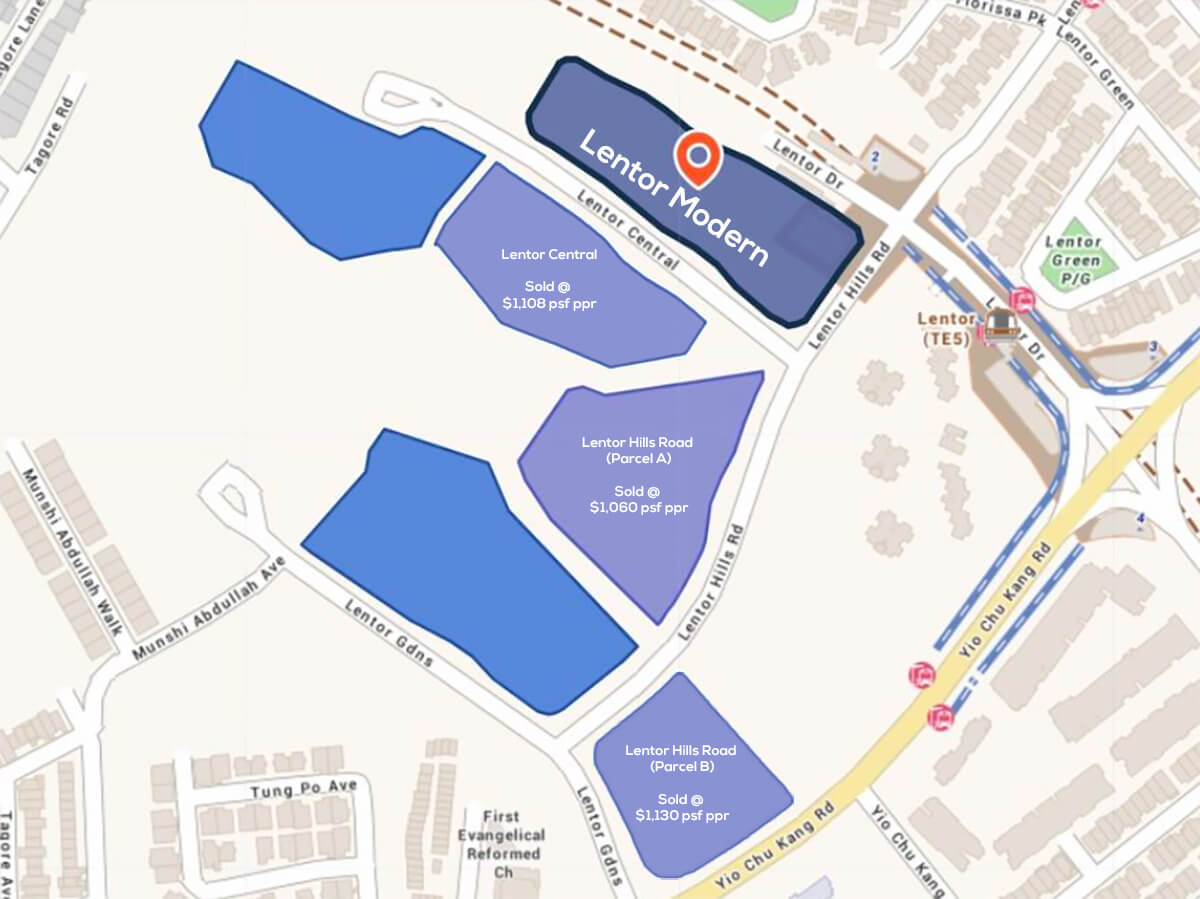 One of them was Lentor Hills Road (Parcel B), which saw a winning bid of $1,130 psf ppr coming from a joint venture that comprises Hong Leong Group with Mitsui Fudosan.

It was 6.6 percent higher than the top bid for Lentor Hills Road (Parcel A) which was acquired by Hong Leong Holdings and GuocoLand earlier in January 2022.

The other site at Lentor Central was secured by China Construction, together with Soilbuild Group and United Engineers, with a top bid of $1,108 psf ppr.