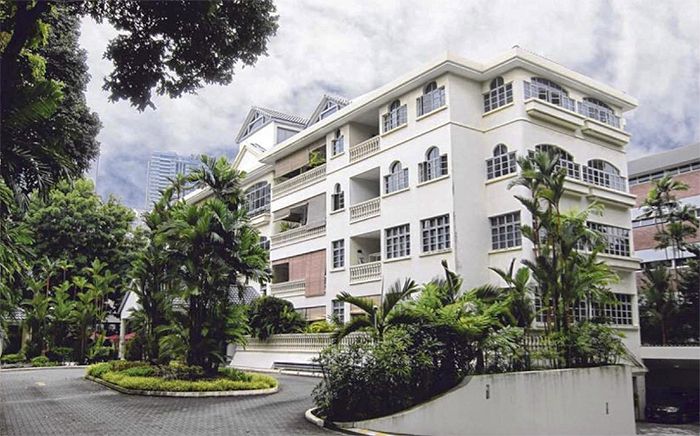 The 4-storey tall freehold apartment, Jervois Green has been acquired by a group of investors – led by the 3rd generation owner of the Chinese restaurant Spring Court, Mr Mike Ho for $52.9 million.

The land rate will work out to be around $1,601 psf ppr, which is inclusive of a development charge – around $6.95 million.

Within the Jervois precinct, there hasn’t been much new properties launched in recent years, except for Mon Jervois and 38 Jervois.

Initially, Jervois Green was launched for en bloc sale with a minimum asking price of $48 million back on 07 Nov 2017.

The development in District 10 comprises a total of 8 apartments and is sitting on a site spanning across 26,700 square feet.

It was noted that Jervois Green was entirely owned by one single owner and therefore, the sale was not subjected to High Court or Strata Titles Board’s approval.

Property consultants said that Jervois Green’s collective sale tender drew a total of 6 bids from various developers and property investors, which signals the strong positive market sentiments amid a possible recovery in the residential property segment.

Under the URA Master Plan 2014, the site could possibly be redeveloped into a 5-storey new launch apartment with around 42 private homes (around 850 square feet each), and the selling price in future could be well above the $2,500 psf mark.