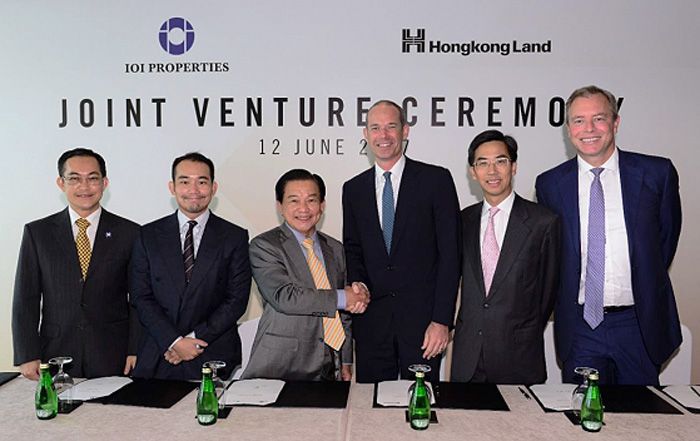 Malaysian property group IOI Properties will join hands with Hongkong Land to develop and manage the site at Central Boulevard – which was acquired by IOI for a whopping bid of $2.57 billion (Singapore dollars) or $1,689 psf ppr back in November 2016 – beating 7 other bids from various developers under the Government Land Sales (GLS) programme.

Back then, Hongkong Land, who have already established a foothold in the Marina Bay precinct with Marina Bay Residences, was also involved in the land tender when they submitted a joint bid together with Cheung Kong Holdings.

Mr Rob Garman, who is Hongkong Land’s executive director, mentioned to the press that the group is optimistic about the market conditions as it has since improved from the time when the land parcel at Central Boulevard was awarded, due to the limited supply in future and rental transactions going at higher rates.

The prime site, which measures around 1.1ha, is situated just next to One Raffles Quay and within close proximity to the Marina Bay Financial Centre. 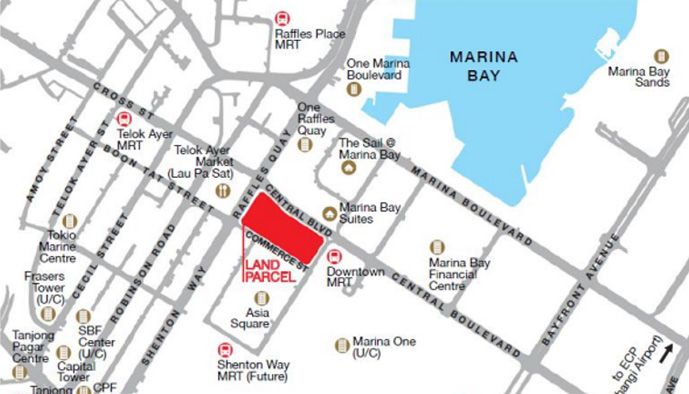 As mentioned by IOI Properties and Hongkong Land, the future new launch project will comprise of 2 office towers with approximately 1.26 million sq ft of leasable office space and an estimated 30,000 sq ft retail podium. Construction works are likely to commence at the end of 2017 or beginning of 2018.

The developers added that this newly proposed commercial development will set to offer tenants an excellent view of the Marina Bay waterfront, together with green open spaces surrounding the project and also across the city skylines at the Central Business District (CBD) of Singapore.

In this joint-venture, IOI Properties will control 67% stake in the company and the remaining 33% held by Hongkong Land.

Analysts believe that the Central Boulevard site has presented an astounding opportunity in building upon and leveraging the success of the Marina Bay precinct as the progress of the earlier projects (with Marina One Residences being the latest to be introduced) have been undertaking the new city downtown for the last 15 years.

It’s deemed as an exceptional feat when being benchmarked against other counterparts internationally.