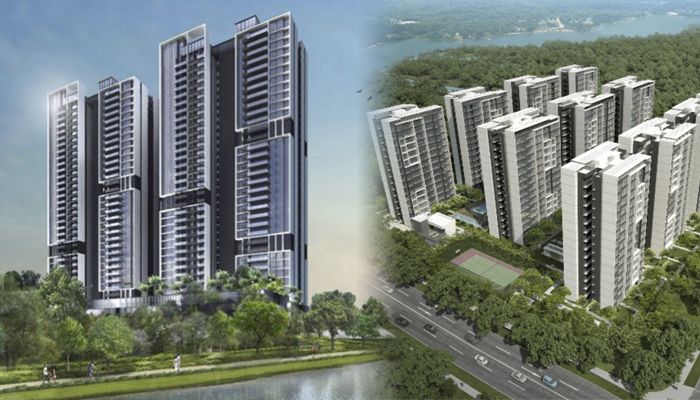 To the market’s surprise, as of end September 2017, the 752-unit Parc Riviera condo at West Coast Vale by EL Development has been fully sold and just less than 2 weeks after that announcement, it’s been released that another of its project, Symphony Suites at Yishun Avenue 9 has also attained a 100% sell-out.

According to data from the Urban Redevelopment Authority (URA) of Singapore, there were 127 units still left unsold by the end of August 2017 at Parc Riviera.

Parc Riviera was first released for sale by EL Development back in early November of 2016 and faced a tremendous challenge in marketing its units – which resulted in the introduction of the “one-tier” price scheme.

Under this pricing scheme, the per square foot (or psf) pricing is fixed for each individual unit type, regardless which level the unit is situated on – from the 1st to 15th storey.

A total of 278 units were offered for sale on the first day and it drew massive interest from the property market.

It’s believed that the strong sales were mainly driven by successful acquisition of another nearby 99-year leasehold site at West Coast Vale by China Construction in February earlier this year – for $291.99 million (or $592 psf ppr), and analysts are expecting the future new launch condo on that plot to be priced even higher than Parc Riveria, as EL Development paid only $551 psf ppr (6.9% lesser) for their plot.

With Parc Riviera being taken off the shelves, it was clearly EL Development’s intention to put all their focus onto the 660-unit Symphony Suites, a residential new launch condo which was introduced back in February 2015.

Based on caveats lodged in September 2017, another 20 units at Symphony Suites were sold and as of 1st Oct 2017, the development has sold 100% of its units – after more than 30 months of marketing.