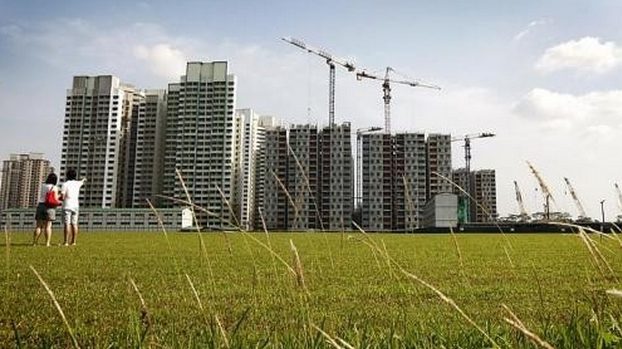 Earlier in April this year, the Housing Development Board (HDB) have released two plots of 99-year leasehold residential land parcels for sales under the Goverment Land Sales (GLS) programme for the first half of 2015, at Toa Payoh and Dundee Road. As expected by most consultants, these 2 sites indeed drew a high level of response from property developers.

In June this month, we’ve witnessed an astonishing number of bids for these land parcels. Just less than 24 hours ago (on 23 June 2015), the residential site at Dundee Road (land area of approximately 113,195 sqft), which is close to Queenstown MRT drew a total of 9 bids from various property developers, with HY Realty topping the rest with a staggering bid of about S$871 psf ppr.

Given the land size, this 99-year leasehold site can yield an estimate of 645 private homes. Also, developer may be allowed to build a mixture of apartment units and strata landed houses within the residential complex, subjected to approval from authorities. According to records, the land parcel which Commonwealth Towers (also situated next to Queenstown MRT Station) is currently sitting on, was sold for a higher amount of S$882.80 psf ppr on 7 February 2013. It remains to be seen whether or not the units at this future development on the Dundee Site will priced lower than its neighbour.

5 days ago before this was announced, it was even more competitive for the residential site at Toa Payoh, which drew a massive 14 bids on 18 June 2015. With a vast land area of about 130,832 sqft, and the possiblity to yield an estimate of 535 private homes, the top bid of S$755 psf ppr came from a group which consist of Greatearth, Evia Real Estate and Gamuda Bhd from Malaysia. Similar to the site at Dundee Road, developers may also be allowed to construct a mix of apartment units and strata landed houses in the developement if it’s being approved by authorities. It was noted by that the winning bid was only 1.1% higher than the 2nd place.

The decision on awarding the tender will be made on a later date, after HDB has evaluated all the bids.