A private residential plot at West Coast Vale, situated next to the site of recent launched private condo Parc Riviera, has drawn a total of 9 bids in a land tender which closed on Thursday (09 February 2017).

The top bid came in at S$291.99 million (or S$592 per square foot per plot ratio), was submitted by China Construction (South Pacific) Development Co. – which was 7% higher than the winning bid submitted for Parc Riviera’s site (S$551 psf ppr) back in Aug 2015 by EL Development. 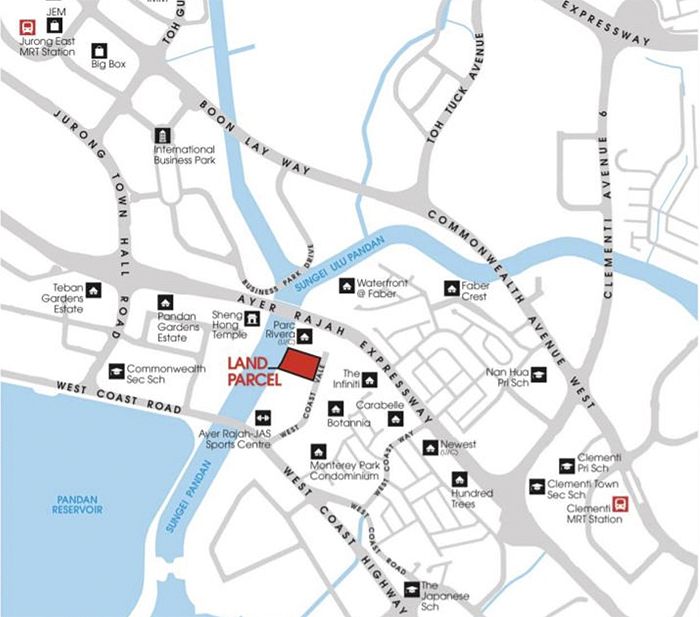 Other developers who were involved in the bidding exercise for this West Coast Vale site include MCC Land in 2nd place, followed by Allgreen Properties, Sim Lian and a joint-venture between Far East and Sekisui House.

The 99-year leasehold West Coast Vale site can yield approximately 520 homes. However to date, Parc Riviera has only managed to sell 158 units since it was launched back in November 2016 – with an average psf price of S$1,203.

Property experts have noted that the West Coast Vale site had sparked interested from developers who are relatively new to the Government Land Sales scene, mainly due to the site’s affordable quantum and can be easily managed.

However China Construction aren’t new to the Singapore property market, as they were appointed contractors for several high-profile residential projects which include Mon Jervois, Boulevard Vue, The Azure at Sentosa Cove and Soleil at Sinaran.