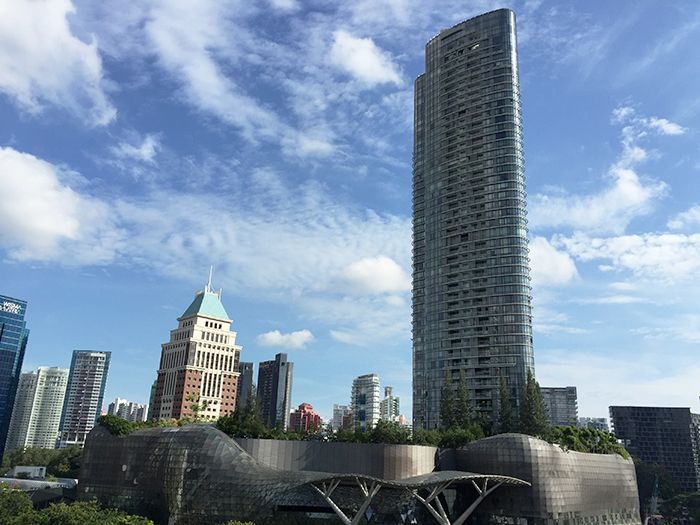 According to the latest flash estimated by the Urban Redevelopment Authority (URA) for the 4th quarter of 2017, private properties in the Core Central Region (CCR) or prime areas have outperformed the other market segments – with prices of non-landed private homes surging by 1.6% over the previous quarter – the strongest quarterly price gain since 2Q 2011.

Based on analysis from Colliers International, several projects which include Martin Modern, Sophia Hills, and Gramercy Park have been noted to have contributed to the growth in price – with gains up to 4%.

It was also noted by market watchers that median prices of the luxury properties in Singapore, such as the ones located in the Ardmore precinct have increased between 3.1% to 6.3% in the 4Q 2017 quarter-on-quarter.

The trend of price growth in the prime areas is likely to do even better than properties in the OCR as the HDB resale price index has shown continual decline in the 4th quarter – which results in less demand in this segment of the private real estate market as it is very much dependent on demand from buyers who are upgrading from public housing to private property.

Property consultants have added that more savvy property investors or buyers are in search for value acquisitions in the CCR, given the price gap between luxury properties in Singapore and those out of the CCR have been narrowing, allowing sellers and developers more room and power, in terms of pricing their property. 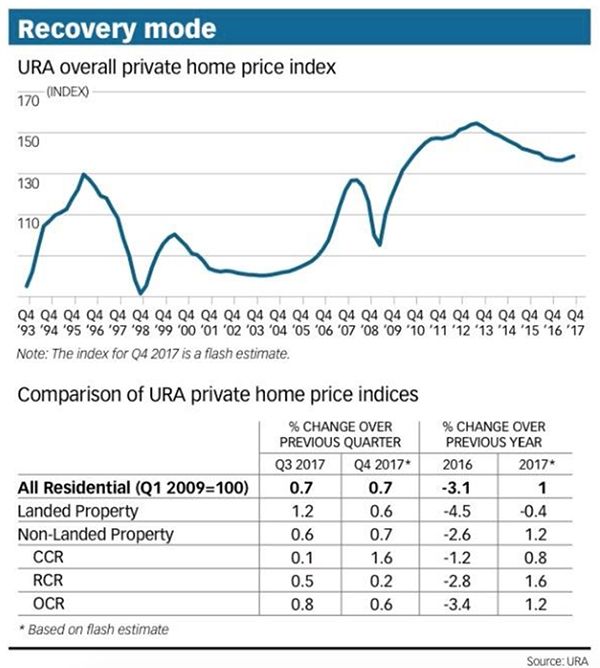 By looking at the last peak in 2008, property prices in the CCR as still 2.5% higher than what was being achieved in 4Q 2017. This makes prime area luxury properties in Singapore appear to be still under-priced and thus offering good value to some property investors.

Among the luxury properties in CCR this year, analysts are keeping their eyes on New Futura by City Developments Ltd (CDL) as it has been widely spread that the pricing per square foot (psf) will be in the range of S$3,500 to S$4,000.