Approximately 150 units were launched for sale over the 2 days, which saw one of its penthouse being sold as well. 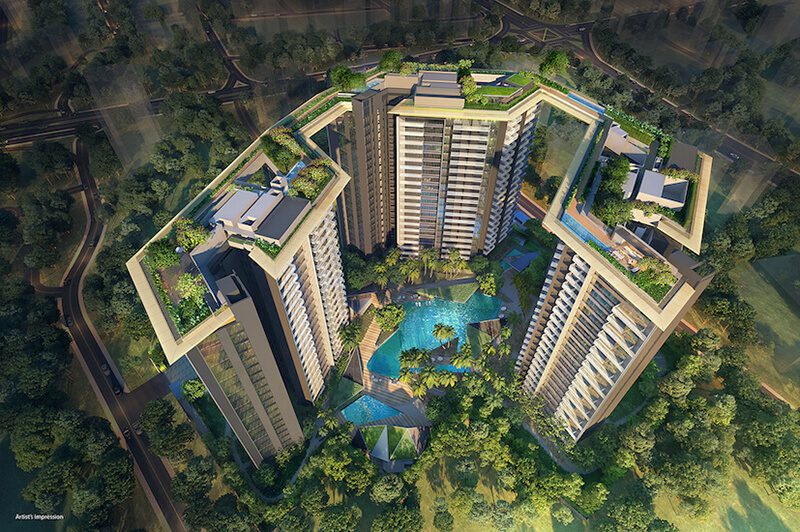 The latest luxury condominium project by City Development Ltd (CDL), Amber Park had sold a total of 115 units – at a median per square foot (psf) price of $2,425 over its weekend launch.

CDL said that around 150 out of the 592 total units available were launched for sale over last weekend; includes one penthouse unit and unit types of all variants.

It was also mentioned by CDL that around 85 percent of the purchasers were Singapore citizens, while the rest are mainly foreigners from Malaysia, China, India, and Indonesia, etc.

The pricing of Amber Park starts from $1.088 million for a 1-bedroom plus study unit to a 5-bedroom unit that costs $4.98 million. The sizes range from 463 square feet 1-bedroom apartment unit with a study to a 5,005 square feet penthouse unit (that comes with 6 bedrooms and a study).

Property consultants noted that some of these buyers of Amber Park include ex-owners of the former Amber Park that sits on the current site.

According to reports, CDL was pleased with the sales of Amber Park and believes it is a good start for the project; indicating the strong demand for new launch projects which are well-located and has an astounding design.

A research analyst from DBS Group commented that the sale prices of Amber Park are comparable to some of its neighboring projects, but has outperformed its peers by a fair margin.

For instance, Coastline Residences – which is developed by Sustained Land sold only 7 out of 144 units over its initial launch a few weekends ago, at an average per square foot price of $2,450.

At another East Coast new launch – Nyon, sold only 4 out of 92 units over its launch weekend at an average of $2,434 psf.

Other upcoming East Coast condo launches include MeyerHouse (former Nanak Mansions) by UOL and Kheng Leong, Bukit Sembawang’s new project on the site of former Katong Park Towers, and the redevelopment of Casa Meyfort by GuocoLand.