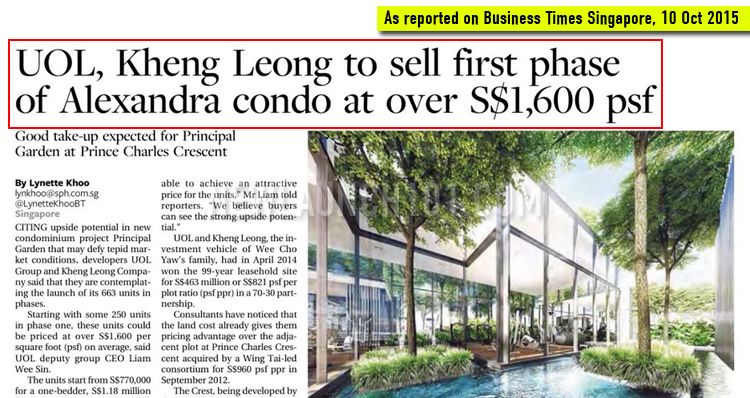 As mentioned by Mr Liam Wee Sin, the deputy group chief executive officer of UOL, an estimated of 250 will be released for sale in Phase 1. These units at Principal Garden condo will be selling from a price of S$770,000 for a 1-bedroom unit, S$1.18 million for a 2-bedroom and S$1.7 million onward for a 3-bedroom unit. Due to the number of unsold units in nearby new launch condo projects, which comprises mainly of bigger units, Mr Liam said that more than 70% of the units at their new condo launch will be 1-bedroom and 2-bedroom units (which ranges from 484 sqft to 807 sqft) as the group looks to target property investors with the condominium’s excellence in terms of its city fringe location.

On top of that, Principal Garden condo is near Redhill MRT Station and also located next to Singapore’s most prestigious good class bungalow precinct, offering residences a panoramic view across the affluent estate. It will have a greenery landscape filling a massive 80% of the project. The development will consist of various unit types, which include 1 to 5 bedrooms and dual-key units, where the bigger units of 3 to 5 bedrooms (size from 1,238 sqft to 2,347 sqft) coming with private lift accesses.

Given its cheaper land cost (of S$821 psf ppr), Principal Garden condo will have a significant price advantage over it’s adjacent neighbour, The Crest condo (which cost Wing Tai Holdings a staggering S$960 psf ppr in 2012 for the land).

To date, there are still approximately 390 units unsold at The Crest. It was also noted that other developments in the same district, namely Alex Residences and Highline Residences, still have approximately 190 and 350 units still unsold.

According to the data from the Urban Redevelopment Authority (URA) of Singapore, the units sold at these 2 developments were priced at a psf price of S$1,720 and S$1,857 respectively. 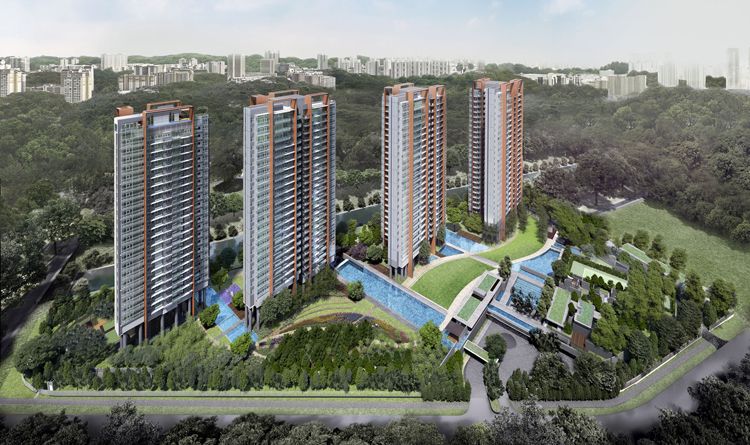 It was noted by market analysts, properties in city fringe locations or known as the Rest of Central Region (RCR) have been more buoyant in the last few quarters, where healthy sales were seen at Botanique at Bartley with 67% of the units sold since April 2015.

The Principal Garden showflat will be opened to the public from 17 October 2015 onwards for 2 weeks before the balloting for purchasers takes place.