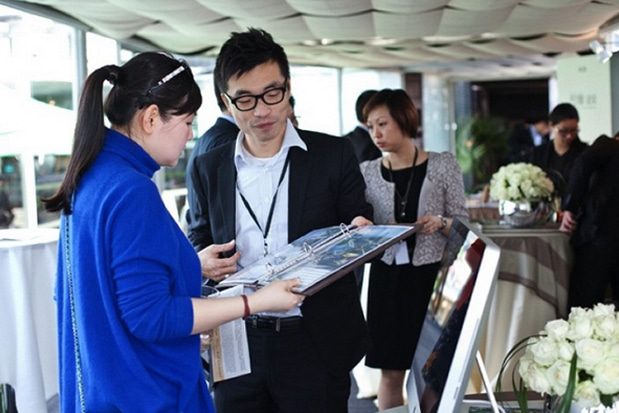 A couple of luxury condominiums in Singapore were showcased on the road in Hong Kong and it has proved to be a successful strategy by developers as sales during these events were strong. These projects include the likes of Marina One Residences by Khazanah Nasional Berhad of Malaysia ,and Temasek Holdings of Singapore (who also developed the iconic Duo Residences), Scotts Square by Wheelock Properties and Wing Tai Holding’s The Crest at Prince Charles Crescent. Earlier this year, similar sales results were seen in Hong Kong for V on Shenton by United Industrial Corp (UIC). Due to the success in sales for Scotts Square, Wheelock Properties are thinking about bring their soon-to-be completed luxury condo development Ardmore 3 to Hong Kong as well.

It was mentioned by CBRE’s executive director Mr Joseph Tan that Hong Kong property buyers are looking at their options in Singapore’s property market again. For instance, Marina Bay Suites, a 221-unit luxury condo in Marina Bay has a total of 18 units unsold approaching the end of 2014. However based on the most recent update, only 3 units are left in the entire condo. Mr Tan added that the timing is good for foreign property investors to enter the Singapore’s property market as the Singapore currency has been weakening against the Chinese renminbi and Hong Kong dollar. and also the fact that the prices of the luxury property segment has yet to recover and return to its peak. According to caveated transactions, the average per square foot (psf) price at Marina Bay Suites has been ranged between S$2,153 to S$2,948 psf since January 2015.

According to the managing director of Singapore Christie’s Homes, Mr Samuel Eyo, although developers may have put their luxury condo launches on hold in Singapore, they have been going on the streets in overseas to showcase their offerings based in Singapore. Responses were strong from these foreign property buyers, not only in Hong Kong, but in Malaysia too. It was added that it was mainly due to the fact that Singapore is being seen as a safe haven for property investments which is supported by its stable economy and its currency strength against the Malaysian ringgit.

Based on transactions recorded towards the end of May, a total of 7 units were sold at new launch condo Marina One Residences, priced between S$2,020 to S$2,826 psf. It comprises of 2 residential towers, and as of now, only 1 of them is released for sale. The other will only be made available for purchase upon completion, which will be in 2016.

As for the other development mentioned earlier, another Singapore new launch named The Crest at Prince Charles Crescent, a couple of units were also sold in May for prices between S$1,643 psf to S$1,784 psf.