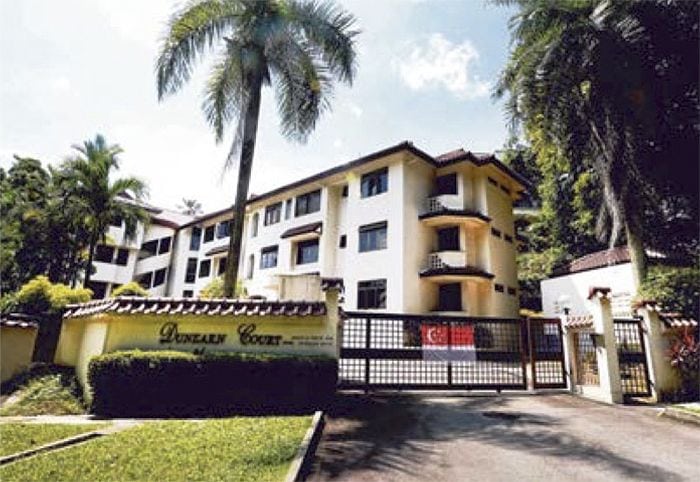 After the most recent en bloc sale of Jervois Gardens in District 10 of Singapore, more property developers and homeowners in the prime areas are making attempts to leverage on the collective sale hype.

Sitting on a relatively bite-sized freehold site of 19,203 sq ft in prime District 11, Dunearn Court has been sold to RH Central, a subsidiary of Roxy-Pacific Holdings for S$36.3 million (or S$1,371 psf ppr) via a collective sale.

According to property consultants, each owner at Dunearn Court will receive a gross payout between S$2.91 million to S$3.12 million.

It was also highlighted that the future new launch project on the subject site could yield approximately 35 new homes (based on an average of 70 sq meter each).

As the en bloc fever continues to take the Singapore property market by storm, Mayfair Gardens – a 124-unit private condo sitting on a land area of 291,865 sq ft within the Bukit Timah precinct have also been launched for en bloc sale, at a reserve price of no less than S$256 million or S$1,058 psf ppr.

The reserve price for Mayfair Gardens is inclusive of a premium for topping up of the lease to 99 years.

The owners at Mayfair Gardens will receive a payout of about S$1.45 million – S$2.46 million each, on the basis of the reserve price of S$256 million.

Market watchers noted that the eventual breakeven selling price for the future development will be between the range of S$1,570 to S$1,600 psf and foresee that there would be a healthy demand from property buyers who are looking into the city fringe region with a coveted residential address – within the Bukit Timah area.

It was also mentioned that the site is only around 3 minutes away from King Albert Park MRT Station and 200 meters to the close supermarket and F&B outlets.