Even weekdays, there are prospective buyers waiting in line to enter the showflat. 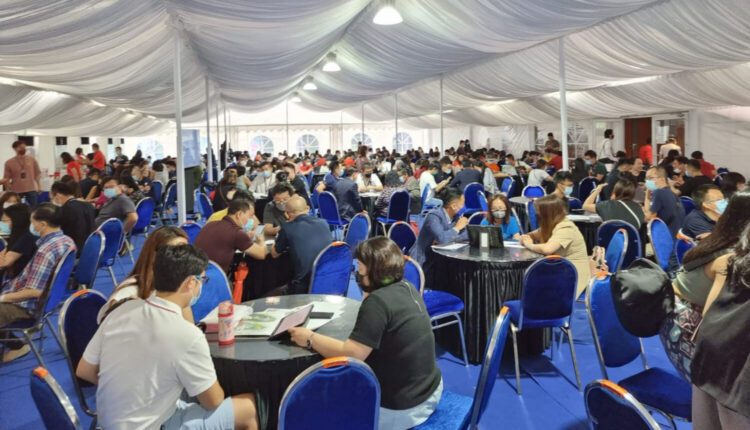 The showflat of Piccadilly Grand saw an overwhelming 5,400 visitors attending the first weekend (23 & 24 April 2022) of its preview.

Being the first significant new launch residential project of 2022, the turnout was no surprise to the developers and market watchers.

This new launch at Northumberland Road has a total of 407 private residential units, across three 23-storey blocks. 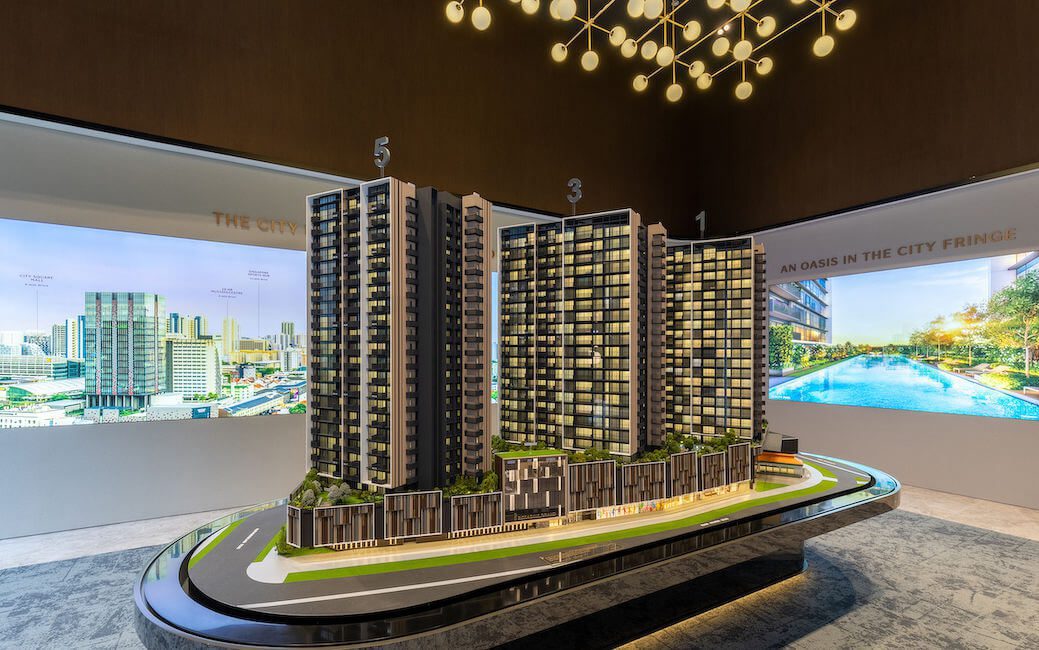 On the 1st floor of the development is Piccadilly Galleria. It will comprise a 1,500 square metres (sqm) retail and F&B podium, and a 500 sqm childcare centre.

Furthermore, the project is directly linked to Farrer Park MRT station and to the nearest City Square Mall.

It is located within District 8, in the city-fringe of Singapore.

It is also the first in a series of 3 joint venture projects between 2 property developers, namely City Developments Ltd (CDL) and MCL Land.

The other 2 upcoming residential projects are an executive condominium (EC) development located at Tengah Garden Walk, and a 640-unit condominium at Jalan Tembusu.

Piccadilly Grand offers a wide range of unit types, from 1-bedroom to 5-bedroom apartment units. Prices start from $1.058 million (or $2,186 psf) for a 1-bedder.

Analysts have noted that investors will generally be interested in 1 or 2-bedroom unit types, while occupiers (or upgraders) will go for the larger unit types.

As Farrer Park MRT station is literally at the doorstep, residents at Piccadilly Grand are just 2 stops away from Dhoby Ghaut MRT station.

It is an interchange station between 3 MRT lines – the Northeast, Circle, and North-South lines.

Other than the MRT station and the nearby City Square Mall, Piccadilly Grand is also within close proximity to a wide variety of amenities.

These include Bugis Junction, Mustafa Centre, and also the Singapore Sports Hub.

For schools, there are also a number of well-established educational institutes such as St Joseph’s Institution and Farrer Park Primary School – all within a 1 km radius of the new launch at Farrer Park.

The last residential project launched within the Farrer Park precinct was Uptown @ Farrer.

Launched back in September 2019 and developed by Low Keng Huat, the mixed-use project was completed in 2021 and has only 116 residential units in total – within a single 21-storey block.

There are also seven units in a retail podium and a 2nd tower with 240 suites which will be operated by Lyf (an Ascott brand).