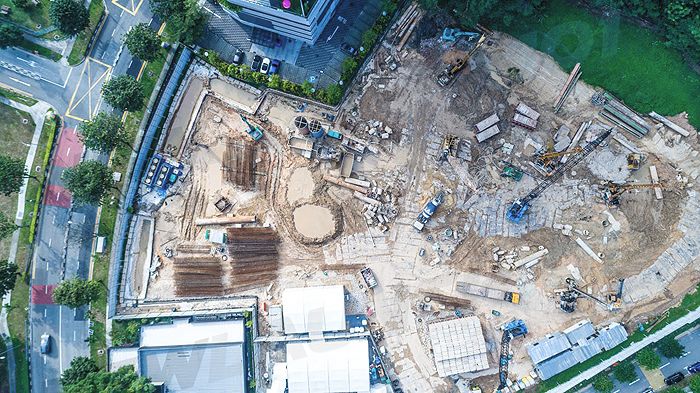 The development charge (DC) rate for land redevelopment has surged for the 5th straight time despite analysts saying that future hikes could gradually ease off as the recent property cooling measures look set to put an end to the on-going en bloc frenzy.

Bassd on the assessed value of land, property developers will have to be pay the DC for the right to put some sites through enhancements in order construct bigger projects and the Ministry of National Development (MND) revises the rates twice every year on first day of March and September – for land sites across a total of 118 sectors across Singapore. 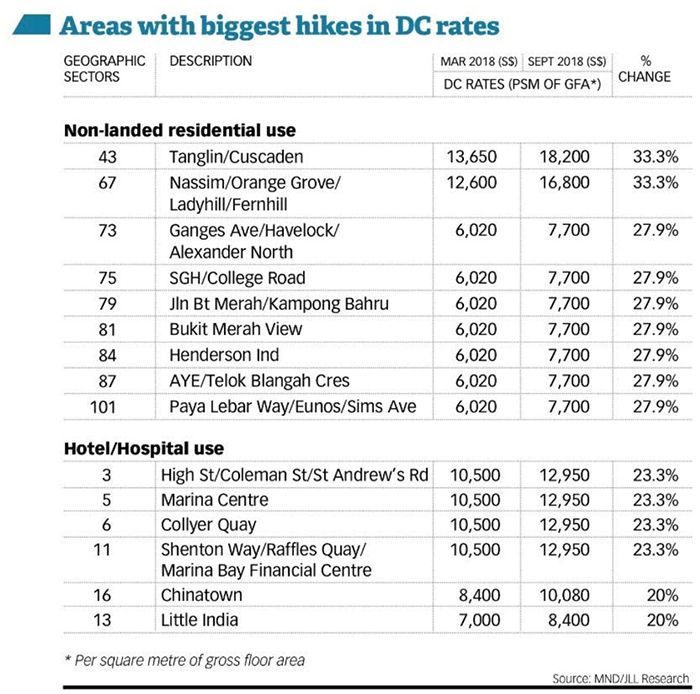 Other than non-landed residential properties, rates have also surged for commercial and industrial sites for the next 6 months, including plots zoned for hospital and hotel use. Rates remained unchanged for the landed residential, civic and community institution segments and 3 other land-use groups.

The biggest DC rates hike was a massive 33.3% in sector 43 – spanning across the prime areas such as Tanglin Road, Orchard Boulevard, Grange Road and Cuscaden Road, and sector 67 – covering the Nassim, Orange Grove, Ladyhill and Fernhill areas. The new DC rates are $18,200 per square metre (psm) and $16,800 psm for these 2 sectors respectively.

Among these areas, there’s been record-breaking acquisitions this year which include the Cuscaden Road GLS site in April and the Park House en bloc in June.

Hence, market watchers have also pointed out the winning bid of $1.21 billion for the Holland Road GLS mixed-use site by Far East Organisation to be the likely reason for the DC rates surge for sector 110 – which spans across Holland Road, Commonwealth Avenue West, and also the rise of 15.7% for sector 111 that is nearby.