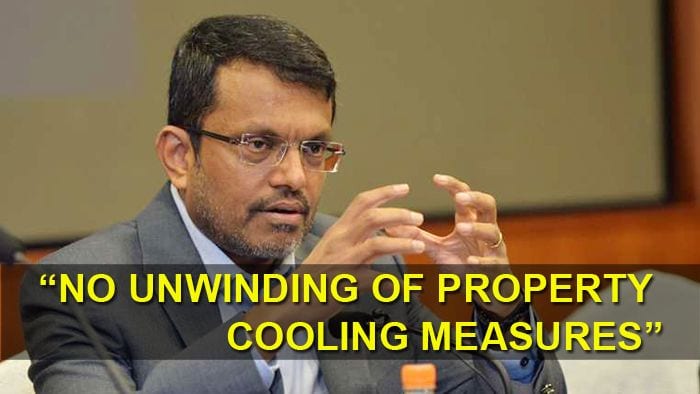 According to managing director of the Monetary Authority of Singapore (MAS), Mr Ravi Menon, the adjustments made earlier this year to the property cooling measures weren’t a sign of government’s intention to unwind them.

And with the recent release of the 2H 2017 Government Land Sales (GLS) Programme, it has probably reinforced the government’s stance of wanting to keep the Singapore property market in check.

In March 2017, the Singapore government had made the call to ease some of the property cooling measures.

One of them is reducing the Seller Stamp Duty’s holding period and have also lowered the rates for each tier, as data has shown that the amount of speculative flipping of properties have fallen drastically.

On top of that, in order to give homeowners more flexibility in monetizing their properties for the retirement purposes, the government have also tweaked the curbs on the home loan, by excluding those withdrawn loans of mortgage equities with a loan-to-value (or LTV) ratios of 50% or less from the TDSR framework – which limits the loan amount that homebuyers are eligible to borrow.

However, the rest of the cooling measures – that were rolled out since 2009 on a progressive basis – are still essential to keep the property market under close watch.

Mr Ravi Menon mentioned that property markets in the surrounding regions have been introducing various cooling measures and it will send out a wrong signal if Singapore was to ease the measures further.

Despite the property cooling measures in place, developers have remained active in the market, putting up bullish bids of staggering amounts for the recent land sales under the GLS programme – namely for the sites at Stirling Road (known as Stirling Residences) and Margaret Drive (known as Margaret Ville).

Economists were generally not surprised by the statements made by MAS as property prices haven’t really declined much when compared to the previous peak.

And if interest rates were to increase domestically, homeowners who bought their properties within the last couple of years would have difficulty in financing their current mortgage loans, as prices were very high during then and it would be even worse if they have taken up a loan package with a floating interest rate.