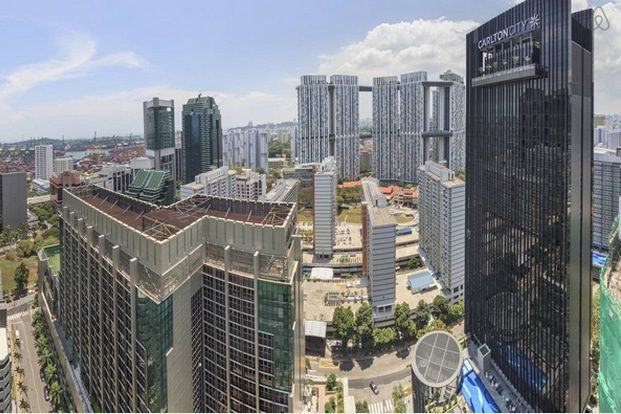 With plenty of attention being shown recently on the transformation of Jurong Lake District, let’s switch our focus one of another Singapore’s key growth area – The Waterfront City .

Comprising of 2 major southern districts in Singapore, we’ve seen a total of 4 high-rise condominiums completed in District 2 (stretching from Shenton Way and Tanjong Pagar, all the way to Spottiswoode Park Road) within the final 6 months of 2014. They are namely:

With these completed developments, the total number of residential units has been increased by another 1,093 units. However, this has also applied pressure on the owners/investors who are on the hunt for tenants to sustain their investment.

It was highlighted by experts that due to these developments are rather close to one another, competition for tenants is certainly inevitable, and will definitely lead to pressure on price point and subdued rental rates.

According to statistics since 2012, transaction numbers have also plummeted significantly. In 2012, the market has seen a total of 89 non-landed homes transacted in the resale market of District 2.

For new launch condo sales in District 2, a similar downtrend was seen with the total number of non-landed residential properties transacted fell from 169 in 2012 to only 41 units by the end of the year 2014, and further down to just 4 transactions in 1Q2015.

Apparently, some of the owners of the above-mentioned properties have been selling their units before the price they bought it. For instance, a 990 sqft residential unit on the 21st floor of Altez was recently sold at S$1.9 million or S$1,919 psf.

This resulted in a loss of approximately 5.9% for the seller as it was originally bought at S$2.02 million (S$2,042 psf) during the project’s launch 5 years ago.

Things were on a better outlook during earlier days in the district. Icon, which consists of 646 units in total, was the first private condominium within Tanjong Pagar completed in 2007.

In any case, property experts are not expecting prices to slump much as property developments are still persisting with their asking prices for their units which are still unsold. For instance, there are still about 47 and 137 units left unsold at both Altez and Skysuites @ Anson respectively at the end of March 2015.

Also, possibly the “crème de la crème” of Tanjong Pagar – Wallich Residence, has only sold 16 units in the 181-unit development with the latest sale being a 1,625 sqft unit which is situated on the 51st level for an amount of S$5.26 million or S$3,238 psf in the same month.