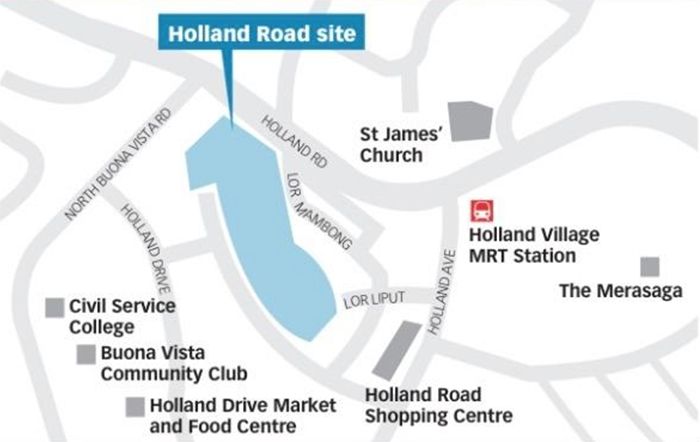 The Urban Redevelopment Authority of Singapore (URA) has launched a total of 4 sites to be sold via tender, under the Government Land Sales (GLS) programme – with the sites at Holland Road and the other at Handy Road being the most eye-catching among property developers.

The Holland Road GLS site has been allowed for dual usage by the URA – for office/residential, aimed to create a vibrant setting of “work, live & play”.

It was highlighted that each unit in the future new launch project at Holland Road will be allowed to be used for either as an office or residential purpose without prior planning permission. This is, in fact, the 1st time that the government is allowing this option for a GLS plot.

The Holland Road GLS site has a maximum gross floor area (GFA) of around 642,766 square feet and around 13,500 square meters of space is allowed to be used for retail purposes. For this site, the number of residential units has been capped at 570 – by URA. 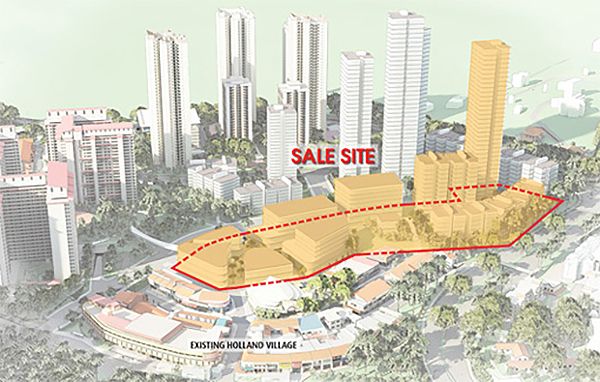 Despite the mixed-use land parcel at Holland Road being located within close proximity to the Holland Village MRT Station, a couple of property consultants are expecting less than 10 bids coming in from developers – mainly due to the overall quantum and capital outlay.

And with the novel dual-envelope tender system for this plot, it may help to bring the bids to a more realistic price point.

The Handy Road GLS site has a maximum GFA of around 123,204 sq ft and is expected to yield a total of 130 private homes.

It was being noted that the Handy Road site could draw massive interest from property developers of various scales due to its relatively low quantum and capital outlay, and the scarcity of land parcels for sale in prime District 9 – with Martin Modern and Sophia Hills being the only new projects being developed within the last 4 years.