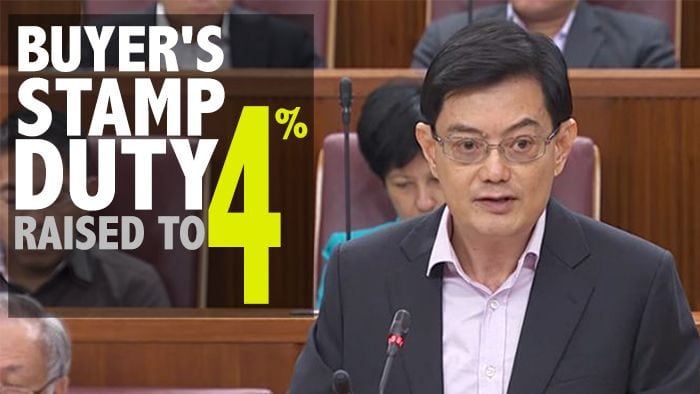 On 19 February 2018, It was unveiled by the Mr Heng Swee Kiat (Finance Minister of Singapore) during the Singapore Budget 2018 that the top tier of the buyer’s stamp duty (or BSD) rate for residential properties will be increased from the current 3 percent to 4 percent. 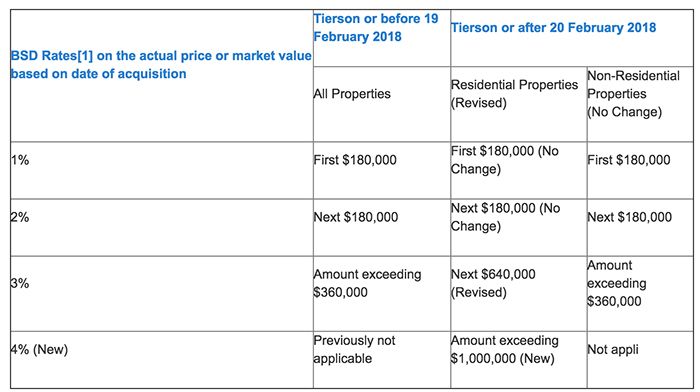 Looking at the new rates, analysts believed that the impact will be felt most for the big-ticket property purchases as it makes a significant difference for amounts crossing the $1 million mark – such as high-end luxury condos, upscale landed homes and of course, en bloc purchases by property developers.

Based on statistics, the majority of residential property transactions in Singapore are generally below the $1.5 million mark. Thus, it is unlikely to have a significant impact on dampening property demand.

A seasoned market watcher believes that property buyers may utilize this BSD adjustment as a bargaining point to seek further discounts from property developers at new launch projects, in order to absorb the higher stamp duty rate.

Therefore, it remains to see if property developers can uphold their sale momentum into 2018 at their new launch projects after seeing developers’ sales hitting a 4-year high in 2017.

The adjusted buyer’s stamp duty rates will take effect from 20 February 2018 onwards. However, there will be a transitional provision for on-going property transactions which the Option-To-Purchase (or OTP) has been granted on or before 19 February 2018.

For such cases, the old BSD rates will apply only if the OTP is being exercised on or before 12 March 2018 or the validity period of the OTP (whichever occurs earlier).