Under the 2H 2018 Government Land Sales (GLS) programme, 4 private residential sites (including a plot for executive condominium or EC), 1 white site and 1 hotel site have been announced under the Confirmed list by the Urban Redevelopment Authority (URA) – which is literally on par with the land supply under 1H 2018 GLS programme.

The residential sites released this round includes a site along Kampong Java Road (located within close proximity to Newton MRT Station, a site along Middle Road (near Bugis MRT Station and Bugis Junction shopping mall), a site at Sims Drive (next to the newly completed Sim Urban Oasis) and an EC site along Tampines Avenue 10. 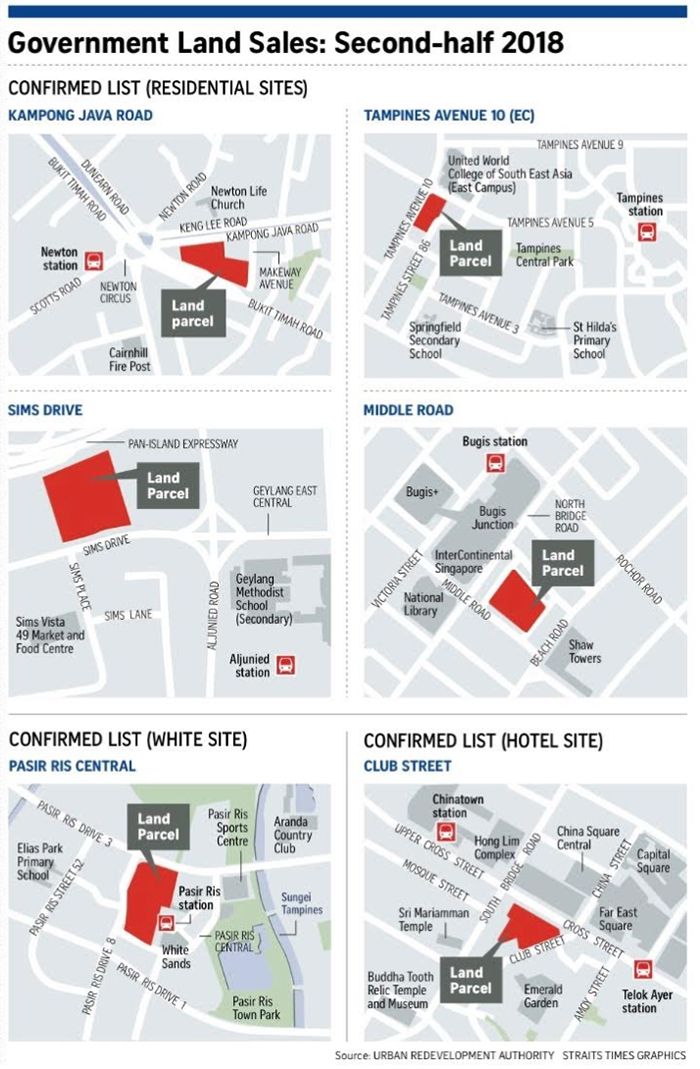 In total, these sites under the 2H 2018 GLS programme can yield around 2,705 private homes (which includes 695 EC units), 42,200 sq metres of commercial space and 390 rooms for a future hotel development.

Another 9 plots of land were also placed under the Reserve List for the 2nd half of 2018 and they will only be triggered for sale by tender if an application from a developer meets the minimum price or there is sufficient interest for the site.

Under the Reserve list, it comprises of 7 private residential plots (include 1 site for EC) and 2 white sites – which can yield another 5,335 private homes (515 units from EC). around 82,000 sq metres of commercial space and 540 rooms for hotel development.

When being compared to the land supply under the 1H 2018 GLS programme, the numbers are somewhat similar as a projected supply of 2,775 private homes noted under the Confirmed list and 5,270 private homes can be yield under the Reserve list.

Market analysts have mentioned have despite the glut of new supply coming from various en bloc sales recently, the government has perhaps chosen to maintain the number of land parcels being made available for sale, in order to gain control over the rising property prices by not introducing a situation when there is an oversupply of homes.

It was also noted by property consultants that movements in the real estate market seem to be focusing on sites located mainly in the central region of Singapore – accounting for 79% of the total collective sale sites transacted in the 1st half of 2018.

One of the sites under the 2H 2018 GLS programme Confirmed list is expected to draw strong interest would be the white site located at Pasir Ris Central. Analysts believe that it will likely garner healthy interest from big-scale property developers, or even consortiums, especially those with rich experience in managing retail malls. 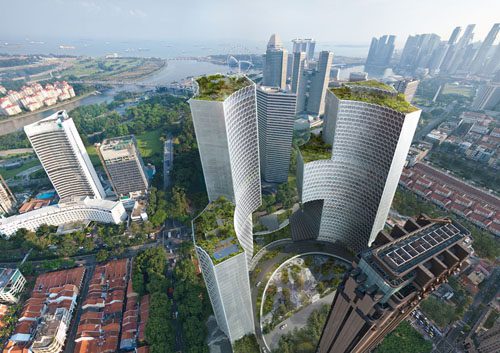 Currently, there aren’t many new private residential projects in the precinct, except for South Beach Residences and DUO Residences. Both projects are mixed-use developments and were completed in 2015 and 2017 respectively.

Market watchers have also pointed out that several other plots under the Reserve list look promising and may also be triggered for sale – namely the site at Dairy Farm Walk, another at Clementi Ave 1 and an EC site at Anchorvale Crescent.