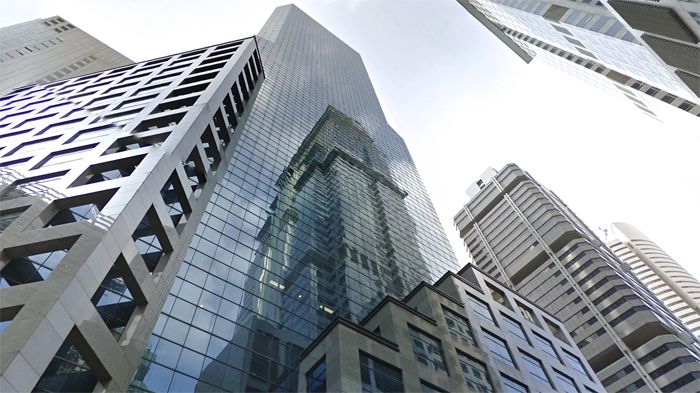 Formerly well-known as the Singapore Airlines Building or SIA Building which is situated at 77 Robinson Road, has been put up for sale once again (the 3rd time in 5 years) with an estimated price tag of $575 million (SGD), or $1,960 per square foot (psf), based on a total lettable floor area of 293,269 sq ft.

The SIA Building is currently sitting on a site with only 77 years left on the lease term and about 90% of the units being occupied within the premises – which include tenants such as Adidas, Sojitz, Dentsu and DVB Bank.

With the stated price tag of this sale, the potential purchaser will be looking at a 3.5% net yield annually.

The following attempt took place in September last year 2015 and the price expectation was lowered to around $649 million or $2,200 psf. A similar psf price was achieved by the sale of Equity Plaza (now known as GSH Plaza) in Raffles Place to GSH Corporation back in June 2014 for $550 million or $2,181 psf. The property had a balance lease term of only 74 years then.

Given the improved situation in the commercial office leasing segment, with Marina One (a joint-venture by Temasek Holdings and Khazanah Nasional Berhad)and Guoco Tower by GuocoLand concluding major high-profile deals recently, it has certainly stirred the market sentiments and had investors relook into their investment strategies.

On top of that, the sale of the CPF building on 79 Robinson Road back in November 2015 may provide an additional boost to the sale of the SIA Building. The CPF Building was then sold for $550 million, which was more than 20% of what market watchers have expected.

Being back on the market this time round, marketing agency CBRE is expecting at a wider and more diverse group of buyers for the SIA Building – such as private funds and insurance groups who are looking to buy for their own use or reposition it for future better investment value.