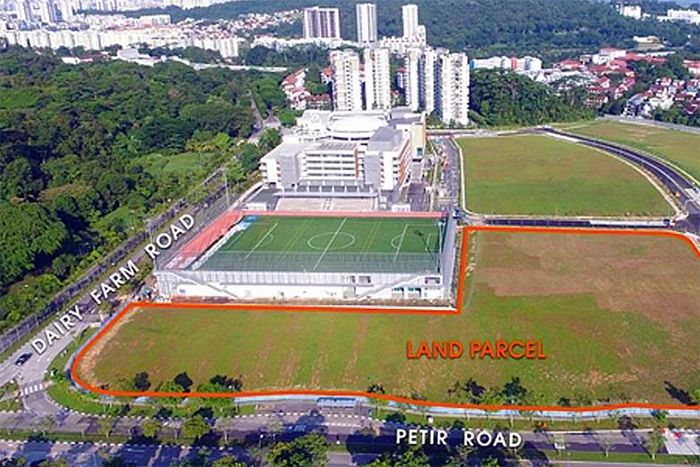 Following the latest round of property cooling measures, property developers were seemingly cautious in 2 out of 3 Government Land Sales (GLS) tenders, which were closed on Tuesday, 04 September 2018.

These sites were the first tenders being released since the new set of cooling measures took effect on 06 July 2018.

It was noted that only 5 bids were received for the residential site at Dairy Farm Road and 3 bids for a plot at Jalan Jurong Kechil.

On the other hand, the land parcel for executive condominium (EC) development along Canberra Link drew a healthy interest of 9 bids in total amid the lack of supply in ECs.

The amount of interest shown for the Jalan Jurong Kechil site was significantly more subdued as the number of bids received were much fewer than the 24 bids received for the nearby Toh Tuck Road GLS site (currently being redeveloped into Daintree Residence by S P Setia).

The bid price from COHL and CSC will likely translate to a selling price between $1,600 to $1,700 per square foot (psf), give them a slight edge over Daintree Residences which is selling at an average psf of $1,702 psf.

It also drew interest from likes of MCC Land, Wee Hur Development, and COHL & CSC as well. The 211,486 sq feet site has been zoned for both residential and commercial (on the first level).

The tender outcome has also given UED Residential a significant advantage in terms of the future selling price of its new launch project over the nearest ‘competing’ Hillview Rise GLS site – which was sold to Hong Leong Group back in July for $460 million ($1,067 psf ppr).

As for the Canberra Link EC site, it was acquired by Hoi Hup Realty together with Sunway Development with a winning bid of $271 million ($558.22 psf ppr).

The bid is slightly lower than the record acquisition price of $509.4 million (or $ 583 psf ppr), which was placed by City Development Ltd and TID Residential for the 2.7-hectare Sumang Walk EC site.