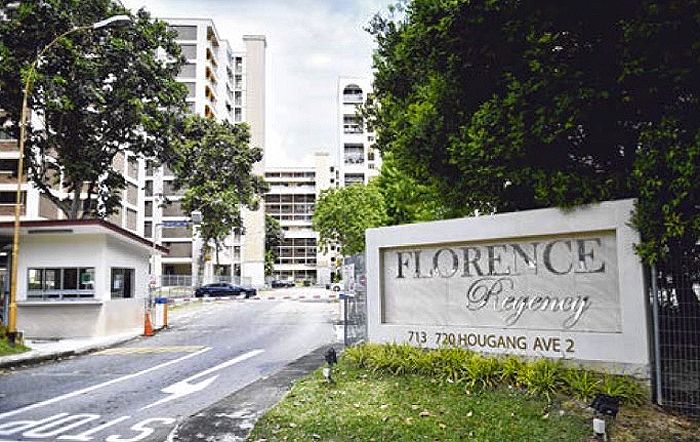 Amid the current en bloc fever, Florence Regency at Hougang Avenue 2 has been successfully acquired by Chinese property developer Logan Property for S$629 million (inclusive of differential premiums around S$288.6 million) or $842 psf ppr. The future development will be known as The Florence Residences.

It was noted that the Hong Kong-listed Logan Property made their debut in the Government Land Sales (GLS) scene earlier this year (in May) by acquiring the Stirling Road site for over S$1 billion.

Constructed back in the late 1980s, Florence Regency consists of 336 units in total – a mixture of apartment units and maisonettes and the initial expected sale price for Florence Regency en bloc was between S$600 to S$650 million.

Based on the concluded sale price, each owner at Florence Regency expects to receive a gross payout of between S$1.84 million to S$1.89 million.

The Florence Regency site spans across a total land area of 389,236 square feet (sq ft) and has a gross plot ratio of 2.8.

According to marketing consultants, the site could be redeveloped to a new launch condo with the possibility of yielding up to around 1,300 new private homes.

It was, in fact, Florence Regency’s very first attempt at an en bloc sale and more than 80% of the owners gave their consent to the collective sale in just less than 3 weeks.

Analysts have attributed the positive response to the site’s excellent location – being located within close proximity to Hougang Mall and the Hougang bus interchange (which has been earmarked to be an interchange station for the future Cross Island MRT Line).

One of key selling points mentioned for the site would be its ability to offer future residents a 270-degree unobstructed view of the surroundings as it is situated next to a landed housing cluster.