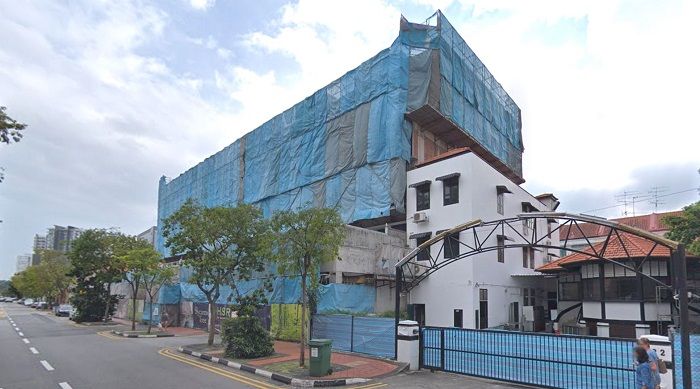 Buying a property from a new condo launch is usually the most preferred option for prospects who are looking to purchase their first private property in Singapore as the recent new launch projects have continued to garner interest from the market.

They are relatively more attractive in terms of absolute pricing; they are brand new units and the payments for purchase can be made via a progressive payment scheme (which significantly reduces the stress on one’s finances during the construction period).

However, things aren’t as rosy for buyers who purchased private homes at Sycamore Tree and Laurel Tree from their show flats a couple of years ago.

Back in 2012, a buyer purchased a studio apartment unit at Sycamore Tree for almost S$500,000 and it was supposed to obtain its TOP (Temporary Occupation Permit) by end December of 2016, but it’s been since delayed for almost 2 years.

Being “assured” by the fact that the property developer, Astoria Development is a locally-registered company in Singapore, the buyer admitted that she has given her trust on that basis.

It was reported that Astoria Development has informed the buyers at Sycamore Tree that the delay was due to some changes in the project’s construction methods and dispute with the project’s main contractors over the installation of the mechanized car parking system within the new condo – which wasn’t entirely true.

Court papers reveal that Astoria has failed to make payments to its main contractor of Sycamore Tree, GI construction in the past 2 years and has also shown that the developer has taken up loans up to S$5.8 million from an investment firm related to GI Construction.

As the property developer had severe difficulties in its loan repayments, it has been later on ruled by the High Court to be effectively insolvent (as of 25 September 2018).

On the other hand, buyers at Laurel View – a 70-unit new condo in Hillview Terrace are also facing an uncertain future over their property purchase which was supposed to be due for TOP by end December 2016 as well. The construction has yet to be completed.

Laurel View’s developer, Lerida hasn’t responded to queries for the delay of the project but checks by Straits Times showed that the main contractor of the project, Bravo Building Construction is currently facing a winding-up application handed in by a creditor to High Court in October 2018.

While buyers are feeling the frustration, the Urban Redevelopment Authority (URA) has given aid by asking the developers to give their buyers an update on the progress. However, a real estate lawyer has noted that such situations have to be resolved solely between the buyers and the developers ultimately as the buyers are the agreeing party within the contractual terms after all.

If situations do not improve and the delay continues on an indefinite basis, the affected purchasers will likely have to seek legal redress through the court.