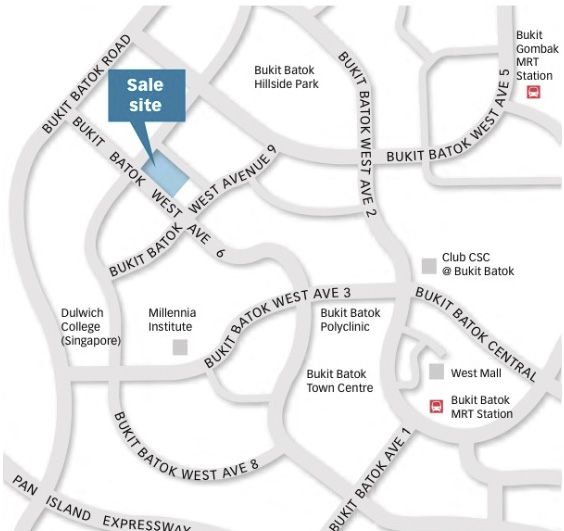 Right after the successful enbloc of Shunfu Ville, Qingjian Realty has once again made the headlines by placing a top bid of S$301.16 million (or S$634.57 psf ppr) for a mixed-used site at Bukit Batok West.

According to market watchers, the aggressive bid by Qingjian Realty and overwhelming response from developers for the 1.5ha site, have clearly displayed strong interest due to the recent surge in new launch sales and the lack of land supply for sale.

Being launched in March earlier this year, property experts were anticipating a winning bid of approximately between S$520 – S$620 psf ppr, with 5 to 10 developers battling out.

When looking at the overall amount of the bids submitted by other property developers, it was noted that the majority of them still remains cautious and are wary of the potential risks due to the challenging property market in Singapore.

Even renowned developers such as City Developments Ltd (CDL) & Hong Leong Holdings, and GuocoLand were seemingly conservative with their bids of only S$542 and $533 psf ppr respectively.

It was mentioned by Qingjian Realty that they are intending to build a mixed-development with approximately 500 residential units and a single-level mall, which will projected to launch in a year’s time.

As for the indicative price, it’s been reported to be averagely around S$1,100 psf.