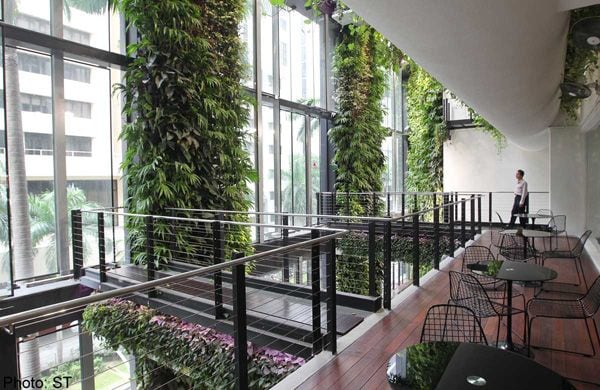 Used to be recognised as The Spazio and Dapenso Building, 158 Cecil Street was acquired by Alpha Investment Partners (a subsidary company of Keppel Land which manages fund) in 2007 for S$235.5 million. Since then, 158 Cecil Street undergone major refurbishment and have been awarded several accolades, such as coming on top for the 2011 Skyrise Greenery Awards.

In late June 2015, a company linked to local investor Denis Jen, who is also the owner of a number of shopping malls in Australia, have been granted the option to purchase the 14-storey tall 158 Cecil Street (with a lettuce area of approximately 115,000 sqft) from Alpha, a deal worth S$240 million or S$2,100 psf. It was mentioned that prior to this deal, there were several potential parties who were also looking to acquire this real estate.

Notable tenants in 158 Cecil Street include social media platform giants, Facebook, Bank of India, Zurich Insurance and also Airbub (who only recently signed a tenancy at the building). However it was also reported that Facebook will be soon be moving out to South Beach Tower.

It’s inevitable for market watchers to bring up a comparison against GSH Plaza in Raffles Place (on a site which have remaining 73 years lease term), where 10 strata office units (total area of 10,355 sqft) situated on the 26th storey were transacted in a single sale worth S$31.63 million or S$3,055 psf. It was mentioned that the buyer is a Singapore company whose single shareholder is a Chinese citizen located in Hong Kong. Also in June, a 1,356 sqft office unit on the 17th-storey was bought at S$3,503 psf by another company controlled by a Singapore PR (Permanent Resident). During the first quarter of 2015, brisk sales were seen at GSH Plaza, together with other launches.